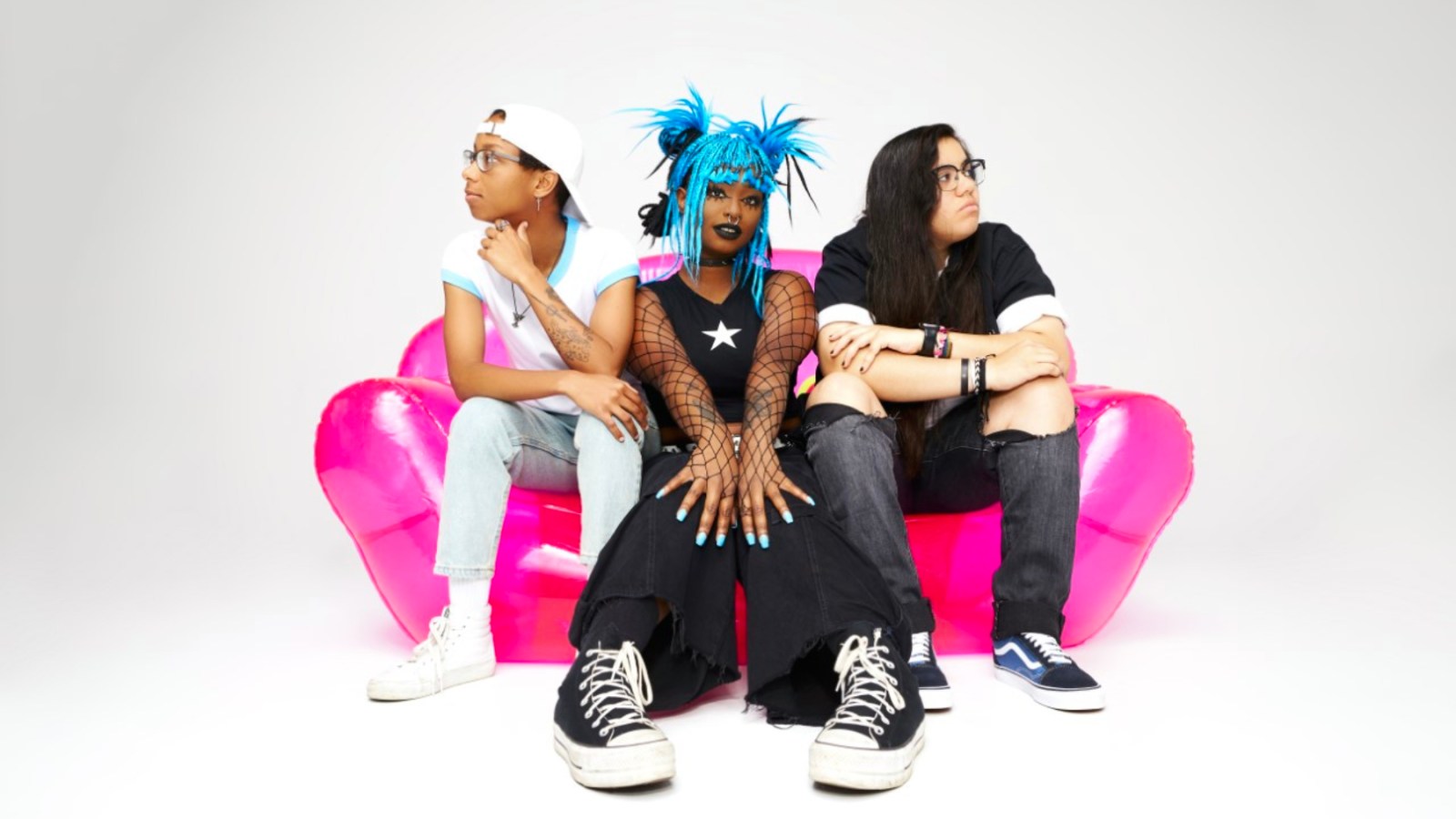 Meet Me @ the Album

The record, featuring the pop punk band’s latest single “Say It (To My Face)” arrives on March 10

The three-piece band Meet Me @ the Altar are running full speed towards their future as pop punk disruptors while also taking stock of the influences and moments that landed them here. Here, in this instance, is on stage at the Late Show with Stephen Colbert where Edith Victoria, Téa Campbell, and Ada Juarez announced the fitting title for their long-awaited debut album: Past // Present // Future.

“The things we hold from our past inform who we are now and where we might go,” the band shared in a statement. “This album pays homage to the music we loved growing up while reflecting our modern-day lives, sounds, and experiences – we can’t wait to share Past // Present // Future with the world.”

Meet Me @ the Altar appeared on Colbert to perform their latest single “Say It (To My Face),” a punchy record challenging those who haven’t come around to embracing them to speak their criticisms with their chest. It will appear on Past // Present // Future alongside ten new songs.

While looking back at influences on the record, Meet Me @ the Altar’s rearview includes pivotal records from Paramore, Twenty One Pilots, A Day To Remember and their new label mates Fall Out Boy, who just returned to record label Fueled by Ramen for the first time in 20 years ahead of their upcoming album So Much (For Stardust).

The band – made up of three women of color – learned early on that they would have their work cut out for them. “We knew going into this that it wasn’t going to be easy,” Campbell told Rolling Stone in 2021. “But we accepted that we have to take the harder way, so that the 12-year-old black girl looking up to us can do it the easy way.”

‘Zoey 101’ Star Alexa Nikolas Says Reboot Damaging to Nickelodeon Survivors
How Fashion Broke, and Then Repaired, My Relationship with Lunar New Year
The K-Beauty Spatula is TikTok’s Fave for a Flawless Foundation Application
How to Execute A Successful Product Launch in a Competitive Industry
Leslie Jordan Died from ‘Cardiac Dysfunction’ Before Crashing Car into Building