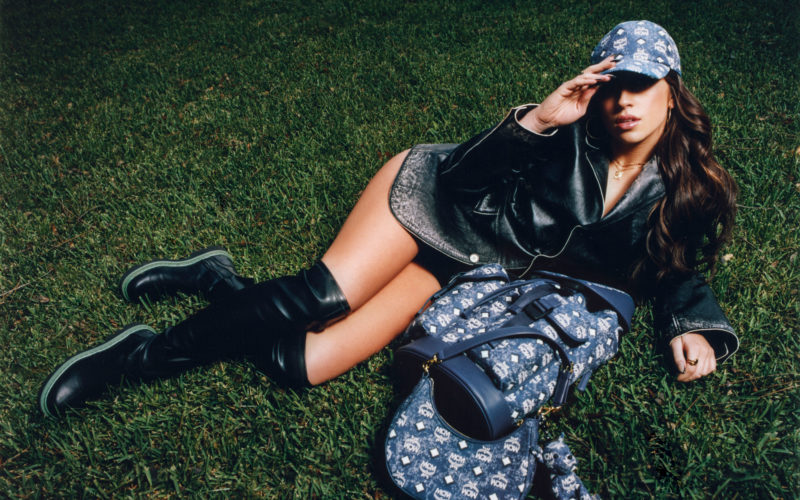 Plus, Toronto’s Bayview Village celebrates Lunar New Year, and Zellers is back!

Tate McRae and MCM are a match made in heaven

To celebrate its Spring 2023 collection, German luxury brand MCM has chosen Tate McRae as the star of its latest campaign in partnership with Sony Music’s new platform Filtr. The Canadian singer-songwriter is pictured looking effortlessly cool while dripping with navy and tan accessories, and honestly, we wouldn’t expect anything less from this dynamic duo.

We never need an excuse to go to the mall, but in case you’re looking for even more reason to venture out to Toronto’s Yorkdale Shopping Centre, Tiffany & Co. has launched an immersive pop-up to celebrate its Tiffany Lock collection. Created in collaboration with artist Francesco Vullo, the spectacular space is the first of its kind to take place outside of New York and will be open until February 15. If you’re looking to do some Valentine’s Day shopping, you know where to go!

In honour of Lunar New Year, Toronto’s Bayview Village has created the ultimate pop-up with its Lunar Luxe Boutique. The shopping experience features 20 Asian-Canadian artists and designers with products ranging from tulle skirts (thanks to Bluish) and sculptural home decor courtesy of Celina K Studio. Be sure to check it out from now until February 5.

Mejuri opens in Calgary and Montreal

Everyone’s favourite Canadian cool-girl jewellery brand is expanding its IRL shopping experience. On January 20, Mejuri will be opening a store in Calgary’s CF Chinook Centre and another in downtown Montreal a week later. Is it a coincidence that Mejuri will be more accessible to Canadians right in time for Valentine’s Day? We think not, and we’re here for it.

Zellers is coming to 25 Hudson’s Bay locations this Spring

Are you ready for the Zell-aissance? This spring, Hudson’s Bay will be opening Zellers pop-ups in over 25 locations from coast to coast. While nothing will be able to fully recapture the magic of the Stuff by Duff (Hilary Duff’s clothing line) retailer, Hudson’s Bay will come pretty darn close as the space is expected to be between 8,000 and 10,000 sq ft. What’s more, you’ll be able to shop online if there isn’t a location near you.