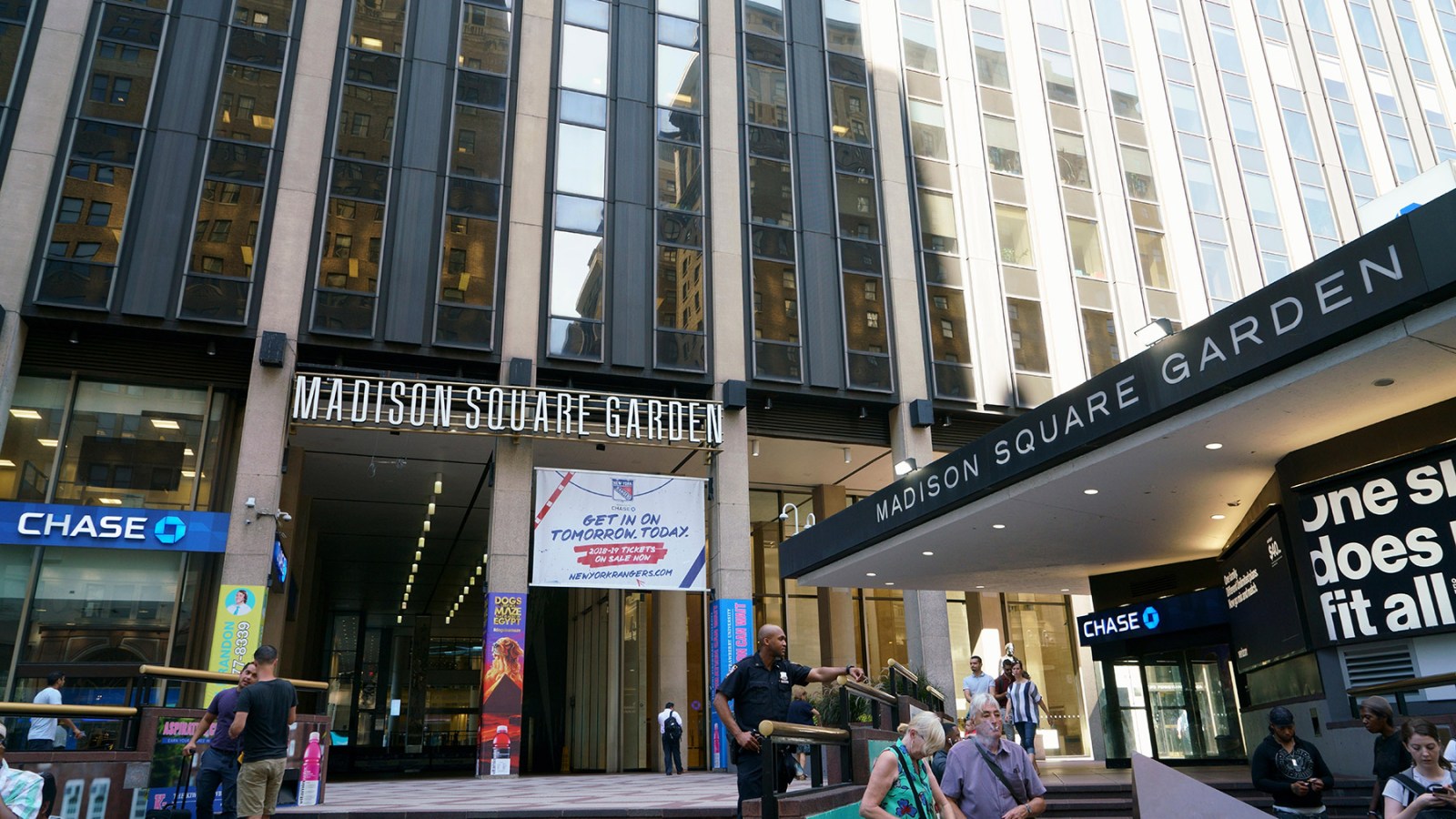 Madison Square Garden Company’s controversial policy to remove lawyers who are litigating against the company from its venues is facing further pressure, as three New York lawmakers have introduced a new bill to try and ban the practice at MSG’s sporting events.

State senators Brad Hoylman-Sigal and Liz Krueger and assembly member Tony Simone introduced the bill on Monday, attempting to amend a previously existing state civil rights law dating back to the 1940s. The current language of that law specifies that theaters, music halls and concert halls cannot deny entry to a ticket holder who arrives at a venue with a legitimate ticket. The proposed bill would add “sporting events” to the list of qualifying events.

The lawmakers’ proposal comes after Madison Square Garden had removed at least four attorneys from its venues since October, citing their firms’ active litigation against MSG. As thorny an issue as the bans themselves, the venue appeared to used facial recognition technologyto identify the attorneys. While advocates of the tech say biometric scanning improves security at events, critics fear its potential for abuse.

Grant & Eisenhofer attorney Barbara Hart — whose firm is in litigation with MSG but who herself isn’t working on the suit — told Rolling Stone in December that security officials managed to stop and identify her at Brandi Carlile’s MSG concert in October without seeing her ID. Kelly Conlon, an associate at Davis, Saperstein and Solomon, was kicked out of a Radio City Rockettes show at Radio City Music Hall in December because of a personal injury lawsuit her firm is working on.

“This is retaliatory behavior of powerful people against others, and that should be concerning to us, Hart said. “It was a very eerie experience to be on the receiving end of at that moment.”

The bill proposal is just the latest effort from Kruger, Hoylman-Sigal and Simone to stop MSG’s policy; just over a week ago, the three protested outside of MSG alongside other lawmakers including congressman Jerry Nadler. (Simone claimed to the New York Post last week that MSG rescinded an invite for an event after he participated in the event.)

“MSG claims they deploy biometric technology for the benefit of public safety when they remove sports fans from the Garden. This is absurd given that in at least four reported cases, the patrons who were booted from their venues posed no security threat and instead were lawyers at firms representing clients in litigation with MSG,” Hoylman-Sigal said in a statement following the bill proposal. “Our legislation will close the loophole in state law that allows MSG to remove fans from the Garden and encourage an end to surveillance for non-security purposes.”

Several law firms sued MSG over the policy and in November, a judge issued a preliminary injunction to the firms that ruled that MSG could revoke and refuse to sell tickets to patrons but that it couldn’t deny the lawyers entry at the door if they presented a valid ticket. That ruling however only applied to concerts and theatrical performances. Both Madison Square Garden and the firms appealed to New York’s Appellate court.

Madison Square Garden Company has repeatedly stated that its policy doesn’t violate the law. Regarding the new bill, a spokesperson for the company dismissed the legislation as a misallocation of time and resources. “The fact that these politicians have so courageously taken on the ‘plight’ of attorneys representing ticket scalpers and other money-grabbers speaks volumes about their priorities,” the spokesperson said. “We urge these elected officials to introduce legislation that addresses issues their constituents are actually concerned with rather than focus on amending a poorly worded and misinterpreted 80-year-old law.”

The company also pointed toward a previous statement clarifying that its facial recognition technology doesn’t retain images of anyone unless they were prohibited from entering an MSG venue or if they’ve been identified as a security threat.

Larry Hutcher — whose firm is repping ticket resellers in a suit against MSG Entertainment — sued the company over the policy and appealed the judge’s ruling in an attempt to expand it to include sporting events. Hutcher applauded the bill’s introduction and hopes it will get passed to stop the venue from barring him and his coworkers from attending any event.

“The loophole that MSG has been relying on to continue their ban with sports was that the New York Civil Rights Law Section 40-b did not expressly include sports venues,” Hutcher says. “We argued that Madison Square Garden, because it holds both concerts and sports, should be considered as one venue, but the judge limited our right to go to concerts. We are extremely happy that the legislature is recognizing that this is easily cured, and they’re taking steps to do that.”

Beyond the ban, Hutcher says he wants lawmakers to also focus on the facial recognition tech, which he is concerned violates privacy rights.

“They got that facial recognition picture from our website,” Hutcher says. “They have taken that they have misused it, and they have created what is in essence a digital fingerprint of me. I have no idea what they’re doing with that. The fact that they have taken this information and put it in a system without my consent or without my knowledge is extremely disturbing. It’s dystopian, and I think it’s a violation of my privacy rights. I hope that legislature will also address the use of this information going forward. This is a situation where I believe technology has gotten ahead of the law, and people aren’t prepared yet for what the limitations on the use should be.”