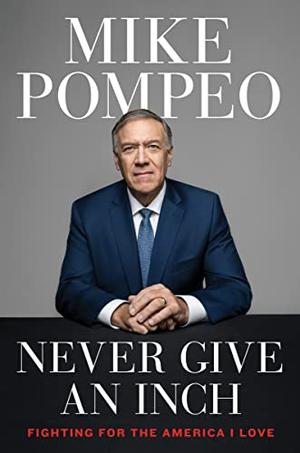 A preening, defiant memoir by a Trump stalwart.

While the flood of their memoirs shows no sign of letting up, even the most full-throated of Trump’s supporters allow that storming the Capitol was maybe not such a good idea. Not Pompeo, who mentions it only once, as “that January 6, the one the Left wants to exploit for political advantage.” The author doesn’t discuss the coup attempt or other inconvenient truths of Trump’s last days, but there’s plenty about Pompeo being exactly the right man for the right job—jobs, rather—that Trump offered him. Pompeo, top of his West Point class and fearless Kansas congressman, knew that his duty was to save the CIA, which “desperately needed good leadership” after John Brennan, “a total disaster.” By Pompeo’s account, it was he, as secretary of state, who made Iran blink, North Korea flinch, and Putin behave. (That Russia/Trump business? A hoax. The Hunter Biden laptop thing, however, is very real and very important.) According to the author’s account, he did all of this almost single-handedly, since supposed fellow traveler John Bolton, among others, “cared far more about taking credit and nurturing his ego than he did for executing the president’s directives….If everyone had behaved as selfishly as Bolton had, very little would ever have gotten accomplished.” Pompeo proves that one can be a dedicated Trumper and also endlessly self-serving. Granted, he does give a shoutout or two to others in the administration, mostly nameless, as when he writes, “In the end, our team left America more secure and more respected—even if not always more loved—in the world,” not like the present administration, which is to blame for all that’s wrong today—except maybe Covid-19, which came out of a Chinese lab. Pompeo also makes room to advocate for waterboarding.

Just the thing for Biden haters and insurrectionists.