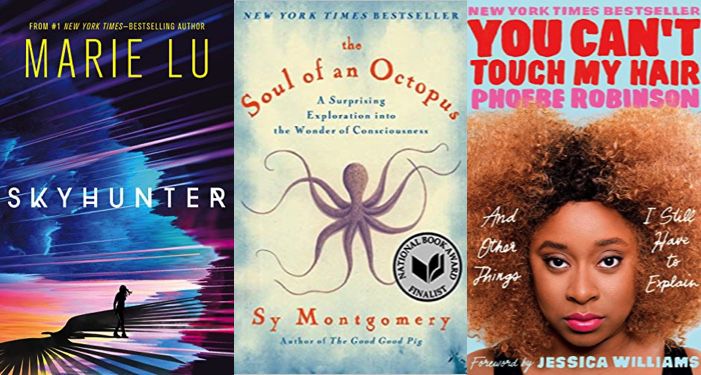 Today’s edition of Daily Deals is sponsored by Gallery Books.

$1.99You Can’t Touch My Hair by Phoebe Robinson

$2.99The Soul of an Octopus by Sy Montgomery

$2.99The Empress of Salt and Fortune by Nghi Vo

A Winter’s Promise by Christelle Dabos for $1.99

Night of the Mannequins by Stephen Graham Jones for $3.99

Down Among the Dead Men by Michelle Williams for $1.99