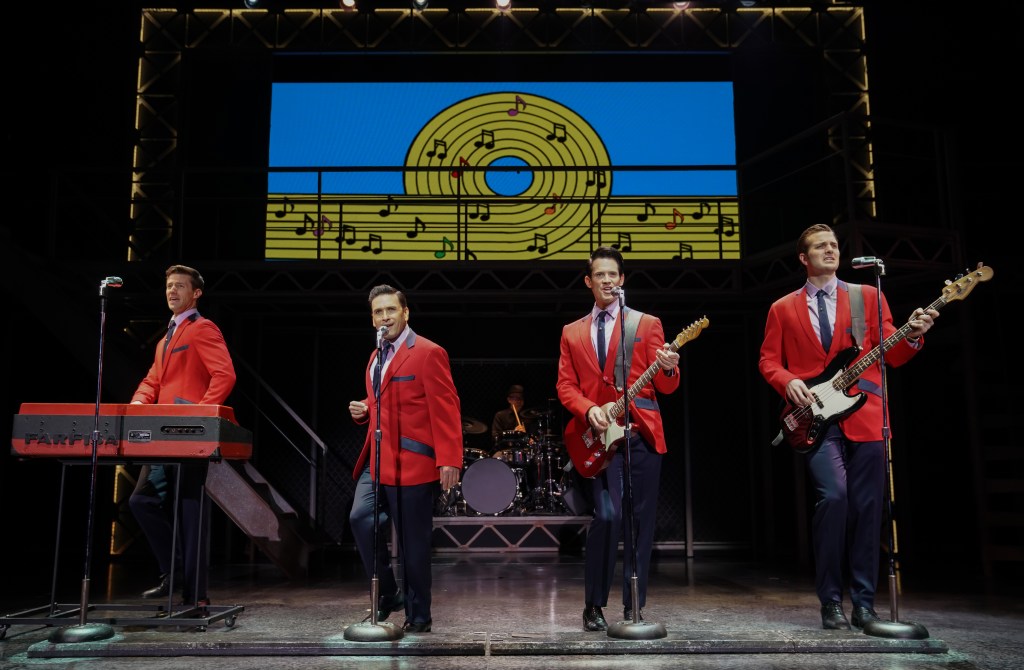 Written by Marshall Brickman & Rick Elice, with music by Bob Gaudio, lyrics by Bob Crewe, directed by Des McAnuff and choreographed by Sergio Trujillo, Jersey Boys opened on Broadway in 2005 and closed in 2017, reopening at Off Broadway’s New World Stages later that year.

The production was suspended, along with the rest of the city’s theater venues, on March 12, 2020, due to the Covid pandemic.

Jersey Boys, produced at New World Stages by Dodger Theatricals, Joseph J. Grano, Kevin Kinsella, Pelican Group, Latitude Link and Tommy Mottola, tells the story of Frankie Valli and The Four Seasons, the hit-making vocal group that charted such ’60s and ’70s classics as “Sherry,” “Big Girls Don’t Cry,” “Oh What A Night,” “Walk Like A Man,” “Can’t Take My Eyes Off You” and “Working My Way Back To You.”

Clint Eastwood adapted the musical into a film version in 2014.

Casting was not announced for the Off Broadway reopening. As with all returning shows, check purchase sites for playing schedules.

Black Friday online sales to hit new record, expected to top $9 billion
Burn Out Your Legs and Glutes With This 20-Minute Cardio Circuit
5 Crypto Marketing Fails and How to Avoid Them
Lionsgate Sets Juneteenth Release For Tim Story Movie ‘The Blackening’
We’re Exhausted After Watching Tracee Ellis Ross’s Intense Glute and Back Workout