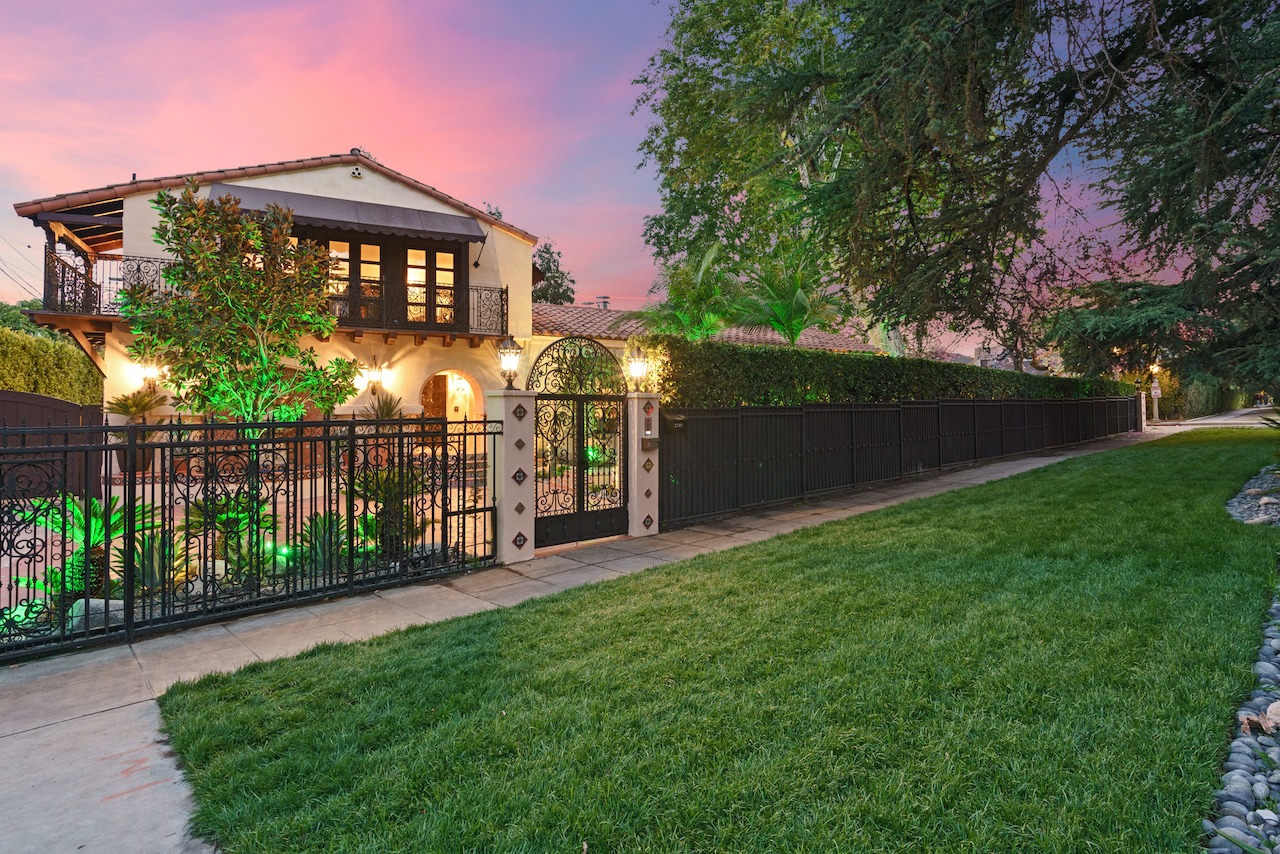 It was a who’s who at the celebrity, rockstar Red Carpet event at Villa Feliz, the location of the launch of “Sue Wong Designer Estates.” Celebrities paraded to the Red Carpet passing by an opulent display of Sue Wong signature designer gowns and a barrage of media and photographers. It was not only the party of the year but the first event brave enough to battle covid…..and it won!

Villa Feliz was presented for sale as the first of many designer estates to be Re-created by international fashion designer Sue Wong. The 6000 square-foot, six bedroom, 7 1/2 bath, hacienda style mansion was surrounded by lush gardens and magnificent cactus as well as a poolside bar where Smith Devereux Wine and Rock’d Vodka was served. Tours of the estate were given throughout the day while the guests took pictures with the beautiful goddess Sue Wong models.

Spirits and vibrations ran high and everyone had a huge smile on their faces. The party was a roaring success but it was by no means over as night time fell. The celebrities were driven to Sue Wong’s own residence at the famous Cedars, a home with a rock n roll history including Jimi Hendrix, Jim Morrison and Johnny Depp. Guests were then treated to an all night super jam and an exquisite spread with liquor constantly flowing.
The after party lasted all night but the vibe of this spectacular event will last forever…