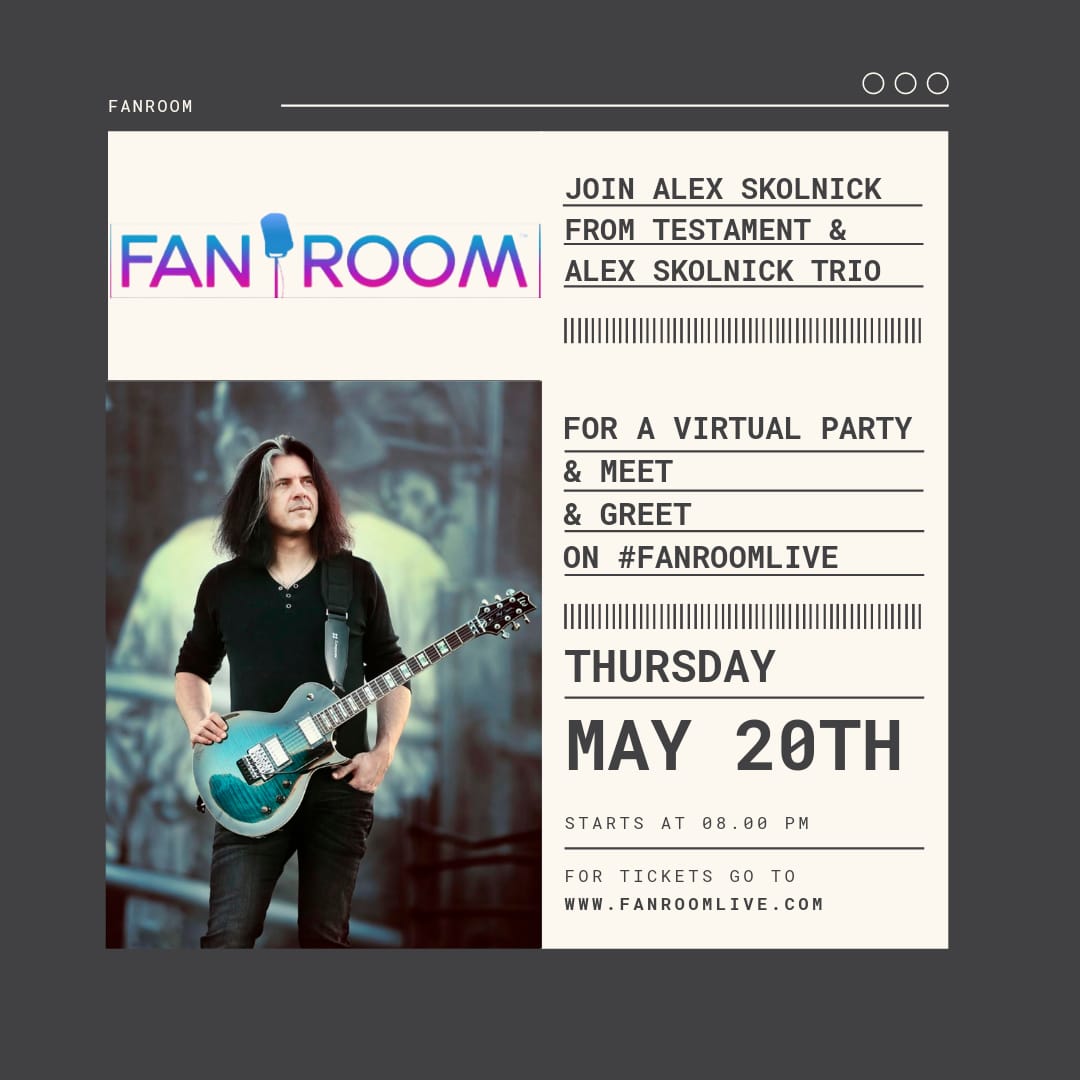 Alex Skolnick is an American musician. He is best known as the lead guitarist, co-founder and one of the songwriters of the thrash metal band Testament and has played with several other bands, including The Alex Skolnick Trio, Trans-Siberian Orchestra, Savatage and the heavy metal supergroup Metal Allegiance.

Testament is often credited as one of the most popular and influential bands of the thrash metal scene, as well as one of the leaders of the second wave of the genre in the late 1980s. They have also been referred to as one of the “big eight” of thrash metal, along with Metallica, Megadeth, Slayer, Anthrax, Exodus, Overkill and Death Angel.  The band has sold over 1.4 million albums in the United States since the beginning of the SoundScan era and over 14 million copies worldwide.

The FanRoom Live platform helps actors, musicians, comedians, sports stars, and other popular figures engage and interact seamlessly with their supporters virtually. These sessions are always very interactive and more like a meet ’n’ greet and Q&A town-hall-style meetings.

Get your FanRoom Live tickets to meet Testament’s Alex Skolnick on Thursday, May 20th, 2021  at 5 PM PST, 8 PM EST by going to  https://www.fanroomlive.com

‘Avatar: The Way of Water’ is the third James Cameron movie to gross $2 billion
COMMUNITY
THE CLAIMING
THE AMERICAN OUTSIDER
4 Things Investors Look for in Company Leaders