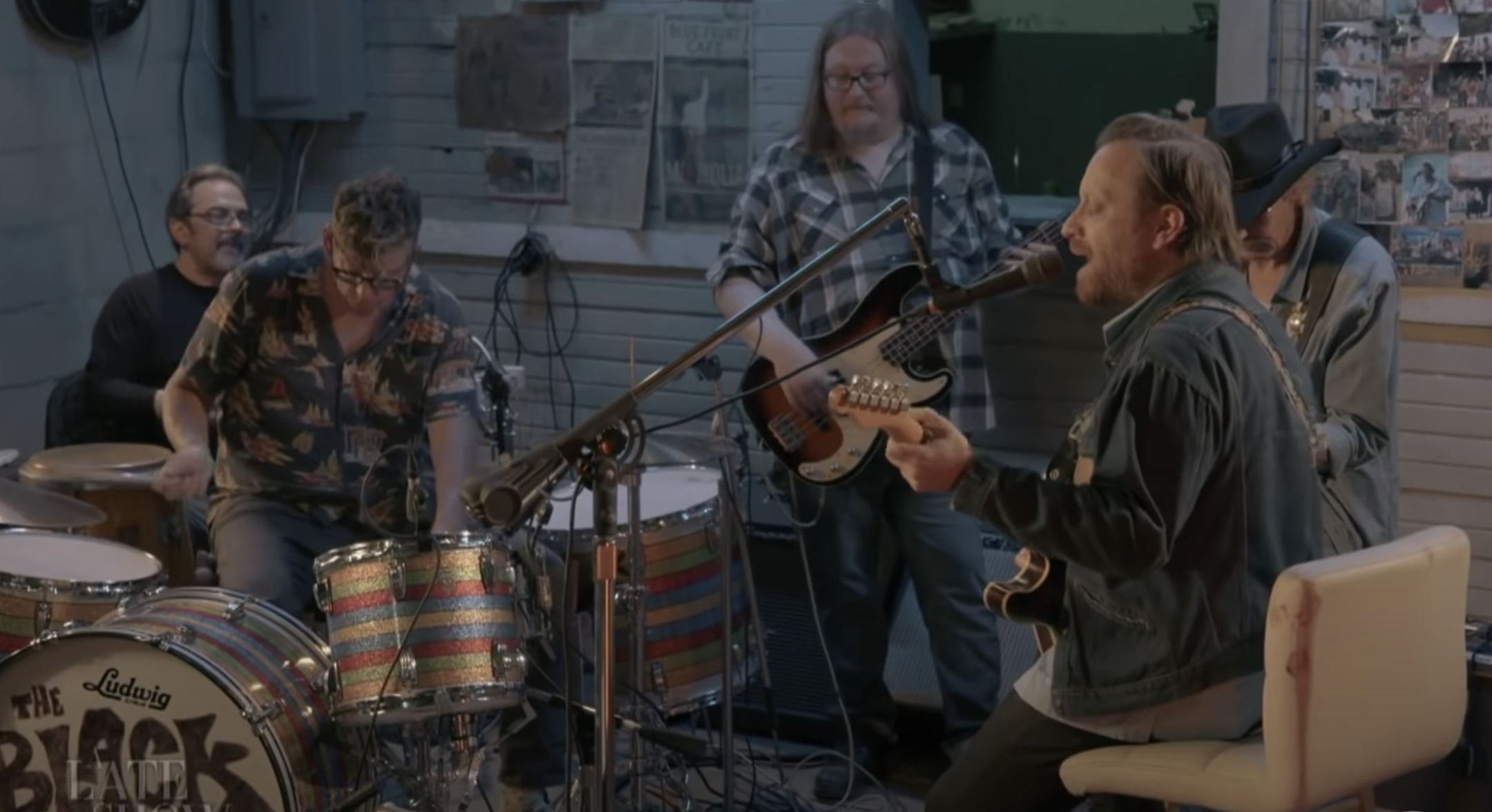 Hours after releasing their new album Delta Kream, the Black Keys appeared virtually on The Late Show to perform a pair of tracks from their covers LP.

Guitarist Dan Auerbach, drummer Patrick Carney and their backing band of musicians huddled in a room to play R.L. Burnside’s “Going Down South” as well as their rendition of Junior Kimbrough’s version of the John Lee Hooker classic “Crawling Kingsnake.”

“This is basically folk music on a certain level, and a lot of this music is like hand-me-downs from generation to generation,” Auerbach previously told Rolling Stone of the album.

“I’m singing lyrics that are like third-generation wrong lyrics. I’m singing a certain version that Junior recorded where maybe he messed up a line, but that’s the only one I know. So we were really just kind of flying by the seat of our pants.”

How Easy Is It to Pirate Books?
Fieldwork
Is Schiaparelli Glorifying Trophy Hunting or Making Art?
Frankie Muniz Says Winning A Race Would Be One Of Life’s Greatest Moments
Bed Bath & Beyond beefs up legal team ahead of possible bankruptcy filing in New Jersey