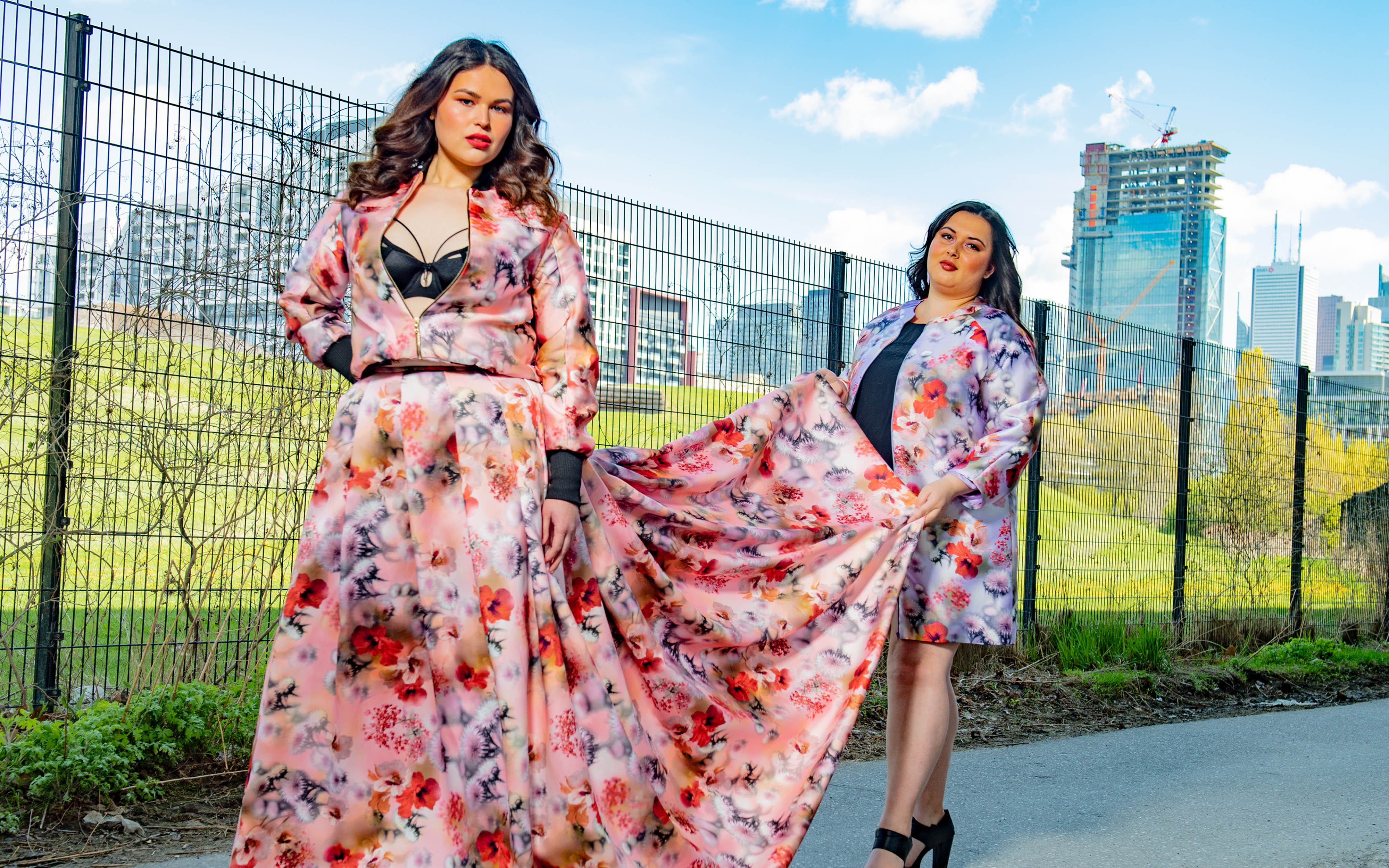 Including designer Lesley Hampton’s Fashion Impact Award win and many more. Congrats to all the winners and nominees!

The seventh annual CAFA Awards took place on May 19, playing out virtually for the first time ever. Hosted by Canadian actress Amanda Brugel, the ceremony popped in and out of the homes of presenters, guests, winners and nominees in real time, helping the fashion community feel as connected as ever after more than a year of isolation.

“Toronto, we’ve been going through a lot of hard times. Our industry is very small, but together we can build it and make it stronger,” expressed Kirk Pickersgill, co-creator at Greta Constantine. The beloved Canadian label, seen in recent months on global stars like Viola Davis and Amanda Gorman, took home the Womenswear Designer of the Year award. “We have to stay together, we have to play together and we have to be together, no matter what we go through.”

The annual CAFA Awards shine a much-needed spotlight on the vibrant talent and emerging creatives in Canada’s fashion landscape. Montreal milliners Alex Surprenant and Melodie Lavergne of Fumile took home the Swarovski Award for Emerging Talent (Accessories), and Victoria Hayes was awarded the Swarovski Award for Emerging Talent (Fashion) for her eponymous label. Both recipients received a $10,000 honorarium.

Hayes is Toronto-raised and New York-based, just like International Designer of the Year recipient Tanya Taylor. “This year’s provided me a lot of time to look back at how and why I’ve started this brand, and a lot of it is rooted in being Canadian,” said Taylor.

“When I moved to New York, I didn’t know anyone in the industry or the city, and I saw something I wanted to change. I wanted the fashion industry to feel more inclusive; I wanted to provide more joyfulness; I wanted it to be rooted in community. I wanted more women to wear clothing that allowed them to express themselves. When I look back at how I was raised in Canada and what a lot of the morals are of Canadians, it’s that, ‘diversity is beautiful.’”

Grace Lee gave an impactful acceptance speech, too, winning the Makeup Artist of the Year award. Lee’s success is reinforcement that determination and hard work pays off. “I’ve been doing this job for 24 years, and I’ve heard a lot of ‘no’. I want to thank those people who have said those really important ‘yeses.’”

The Outstanding Achievement Award went out to FASHION Magazine’s April 2020 cover co-star Maye Musk, who, at 73 years old, proves that women can achieve success and recognition at any age. Twenty-five years ago, Musk was living in a rent-controlled apartment, supporting three teenage kids, working toward her Masters degree at the University of Toronto while modelling part-time and establishing her dietitian business. “Some of you who have not received such wonderful awards yet, just keep going,” she said.

See the full list of 2021 CAFA winners, along with each categories’ nominees, below:

The Womenswear Designer of the Year Award

The Menswear Designer of the Year Award

The Accessory Designer of the Year Award

The Outerwear Brand of the Year Award

The Digital Fashion Creator of the Year Award

The Model of the Year Award

The Image Maker of the Year Award

The Fresh Face Model of the Year Award

The Hudson’s Bay Stylist of the Year Award

Makeup Artist of the Year Award

Hair Artist of the Year Award

Looking for more Canadian fashion? See what everyone wore on the 2021 CAFA Awards virtual red carpet

Why Is the Internet So Angry at Kim Kardashian For Posting Her Body-Fat Percentage?
LEO + LEA
What is Good Content and Why Does it Matter for Your Marketing?
The Key Elements All Online Communities Should Have
Run the Jewels Reflect Back With ‘A Few Words for the Firing Squad’ on ‘Colbert’