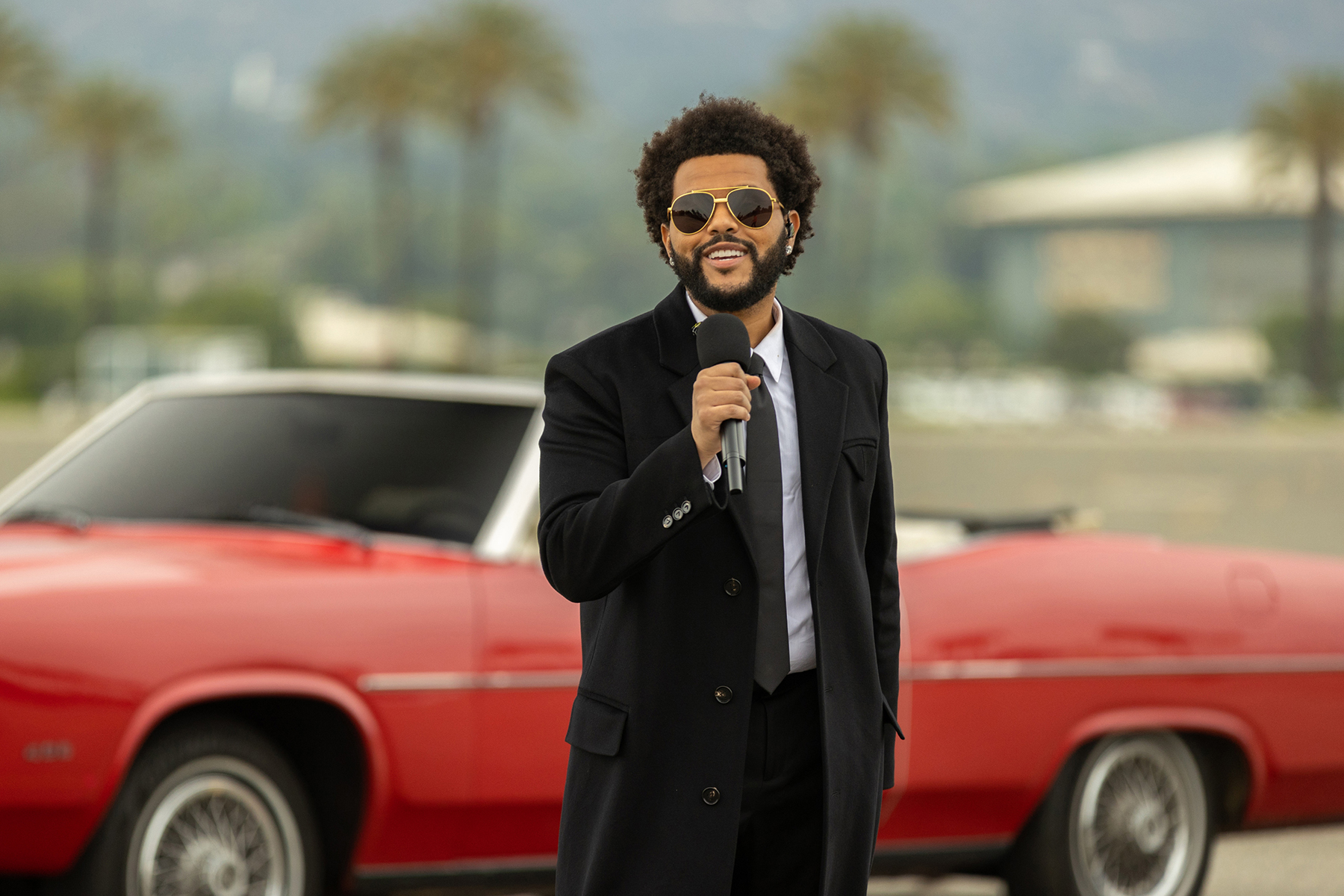 The Weeknd dominated the 2021 Billboard Music Awards Sunday, May 23rd, winning the most awards and delivering a wholly unique performance of his latest single, “Save Your Tears.”

The pop star took home 10 trophies total, including Top Artist. For his performance of “Save Your Tears,” the Weeknd delivered the song while perched on the top seat of a cherry red convertible as a cavalcade of cars drove behind him, swerving about in unison. By the end of the performance, the Weeknd was standing in the middle of a giant parking lot, belting the gossamer ballad, as the car choreography continued around him (a few 16-wheeler trucks even flew by the singer).

Elsewhere during the BBMAs, Pink received the show’s Icon Award, with Jon Bon Jovi presenting her with the honor. The singer then performed a career-spanning medley, which began with a rendition of her new single, “Cover Me in Sunshine,” featuring her daughter Willow Sage Hart. Willow joined her mother for the performance, which found the two of them performing an aerial dance routine as well.

Beaming in from a soundstage in South Korea, BTS delivered the first televised performance of their new single, “Butter.” The K-pop stars also took home four awards, including Top Duo/Group and Top Social Artists, which is a fan-voted prize they’ve now won five years in a row.

Following an introduction from former First Lady Michelle Obama, Alicia Keys celebrated the 20th anniversary of her debut album, Songs in A Minor, with a medley of tunes, including “Fallin’,” “A Woman’s Worth,” and “Piano and I.”

Elsewhere, Doja Cat and SZA delivered an elaborate and intergalactic television debut performance of their new single, “Kiss Me More.”

And the Jonas Brothers closed out the show with a medley that began with their new single with Marshmello, “Leave Before You Love Me,” and also included renditions of “What a Man Gotta Do,” “Remember This,” “Sucker,” and “Only Human.”

The 2021 Billboard Music Awards also featured performances from Duran Duran, Karol G, Glass Animals, Jimmy Jam and Terry Lewis, AJR, and Twenty One Pilots. DJ Khaled, H.E.R., and Migos were also on hand to open the show with the debut performance of their new single, “We Going Crazy.”

What is Good Content and Why Does it Matter for Your Marketing?
‘Bodies Bodies Bodies’ Shows Heat For A24 – Specialty Box Office
IN DANGER OF JUDGMENT
Disrupt a Business-As-Usual Industry in 6 Steps
Netflix is expanding its push into video games, but few subscribers are playing along