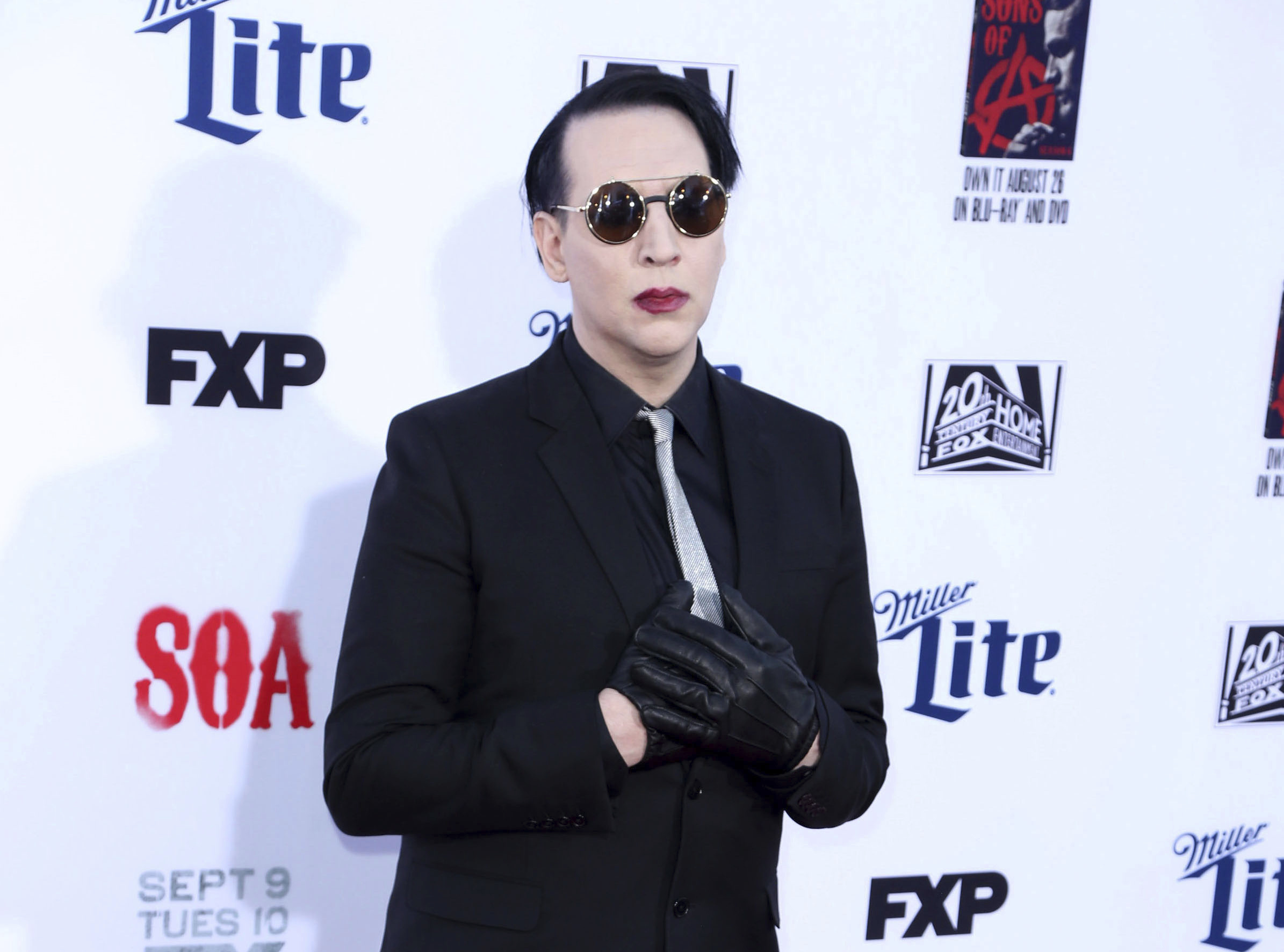 Marilyn Manson, whose real name is Brian Warner, is the subject of an “active arrest warrant” stemming from an alleged 2019 incident in New Hampshire involving a videographer, according to the Gilford Police Department.

On Tuesday, Gilford Police said Warner is wanted on two counts of Class A misdemeanor simple assault. “Mr. Warner, his Agent and legal counsel have been aware of the warrant for some time and no effort has been made by him to return to New Hampshire to answer the pending charges,” the department said in a statement on Facebook. According to the statement, the alleged incident took place during an August 18th, 2019 concert where Warner performed, and the videographer was in the photo pit when the alleged assaults took place. “The alleged assaults are not sexual in nature,” Gilford Police said. If convicted on the charges, Warner could face a jail sentence of up to one year and a fine of up to $2,000.

“It is no secret to anyone who has attended a Marilyn Manson concert that he likes to be provocative on stage, especially in front of a camera,” Howard King, attorney for Marilyn Manson, said in a statement. “This misdemeanor claim was pursued after we received a demand from a venue videographer for more than $35,000 after a small amount of spit came into contact with their arm. After we asked for evidence of any alleged damages, we never received a reply. This whole claim is ludicrous, but we remain committed to cooperating with authorities, as we have done throughout.”

Last week, Warner’s former assistant, Ashley Walters, filed a lawsuit against him, alleging a number of crimes including sexual assault, sexual battery, sexual harassment, and intentional infliction of emotional distress, among other claims.

Walters is one of more than a dozen women who have accused the singer of sexual abuse and the second woman to file a legal claim against him, following Game of Thrones actress Esmé Bianco’s suit last month. Earlier this year, actress Rachel Wood, who was engaged to the singer, accused Warner of abuse while they were in a relationship that began in 2007 and ended in 2010. In the wake of Wood’s allegations, more women came forward with similar accusations against Warner.

In February, Warner released a statement saying that the women’s accusations were “horrible distortions of reality.” “My intimate relationships have always been entirely consensual with like-minded partners,” he wrote. “Regardless of how — and why — others are now choosing to misrepresent the past, that is the truth.”

‘A Little Life’: James Norton To Star In West End Adaptation Of Hanya Yanagihara Bestseller
EXTINCTION
Empathy Is the Key to Improving Customer Experience — and Closing More Sales
TikTok Is the New Normal. 5 Reasons to Add TikTok to Your Content Marketing Strategy
Bob Pisani: Heeding the investment wisdom of Jack Bogle starts with keeping it simple