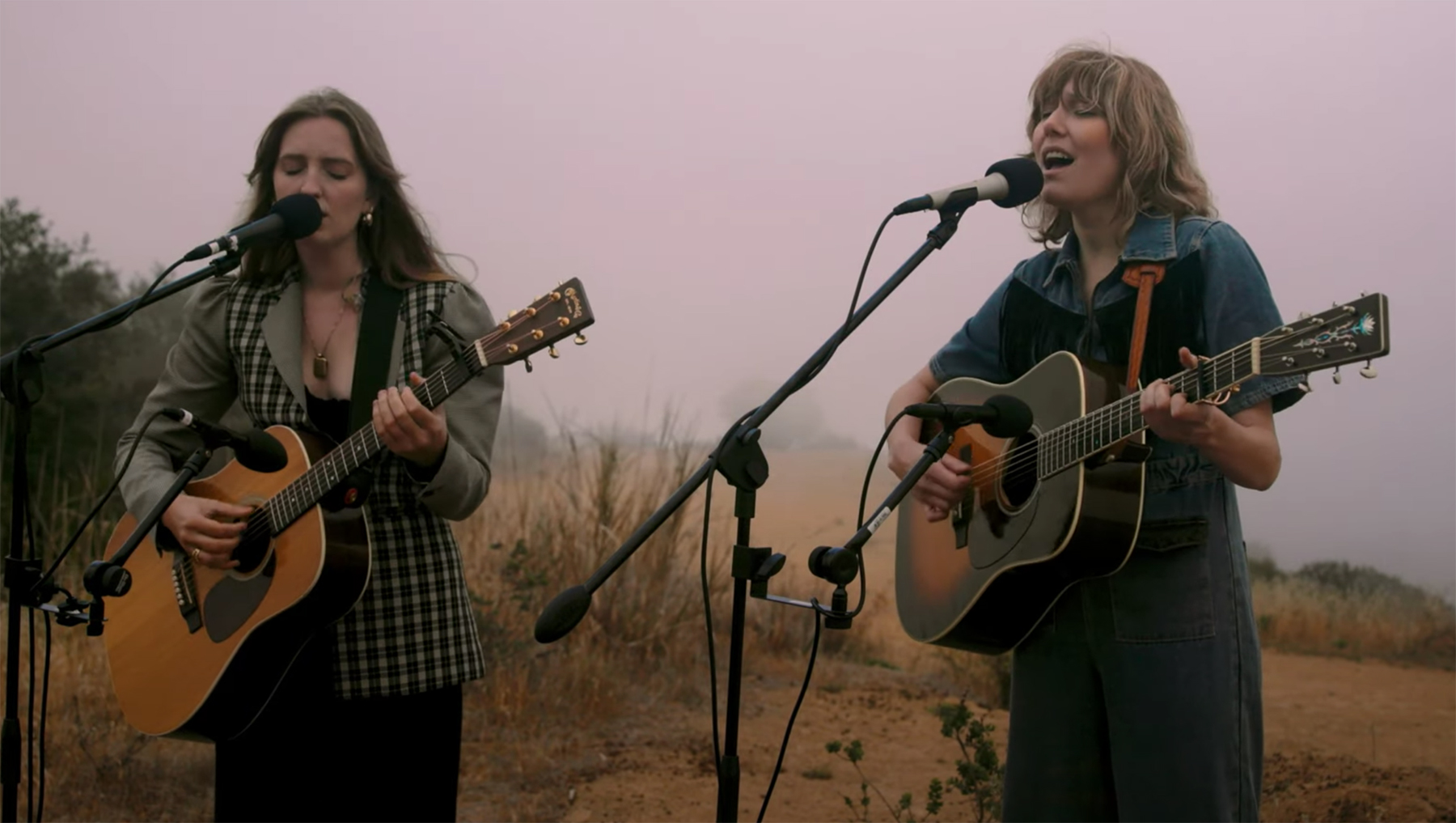 Molly Tuttle’s covers EP …but i’d rather be with you, too was a quiet surprise upon its release earlier this month, with the bluegrass singer, songwriter and guitarist interpreting songs like “Stop Draggin’ My Heart Around” with guests like Nathaniel Rateliff. On Thursday, Tuttle released a live performance video of her rendition of Sheryl Crow’s “Strong Enough” with Americana songwriter Madison Cunningham.

Filmed in the Santa Monica mountains, the video begins with Tuttle perched in a tree, playing the signature opening to Crow’s 1993 ballad off her debut LP, Tuesday Night Music Club. Cunningham joins in when the action moves to a mountain trail, harmonizing with Tuttle and taking her own verse. It’s a simple yet engaging performance, framed by Tuttle and Cunningham’s acoustic guitars.

“I have been a fan of Madison’s music since discovering her amazing album Who Are You Now in 2019,” Tuttle says in a statement. “We got to jam together on a music cruise we were both part of in 2020 right before the shutdown and I’ve been dying to play music with her again. Since Madison is such an incredible triple threat as a guitarist, singer, and songwriter, I thought it would be fun to pay tribute to another badass singer/songwriter/instrumentalist who inspires us both, Sheryl Crow.”

Along with the Crow and Tom Petty/Stevie Nicks covers, Tuttle recorded a version of dream-pop duo Phantogram’s “You Don’t Get Me High Anymore” with Iron & Wine for her EP. The project follows Tuttle’s full-length covers album, …but i’d rather be with you, released in 2020.

High-Functioning Anxiety Can Be Invisible — but It’s Still Harmful
Warren Buffett explains his $750 million charitable donation on Thanksgiving eve
The Many Hairstyles of Taylor Russell
FINALE
Could Alessandro Michele Go to Chanel? This Gucci Collector Thinks So