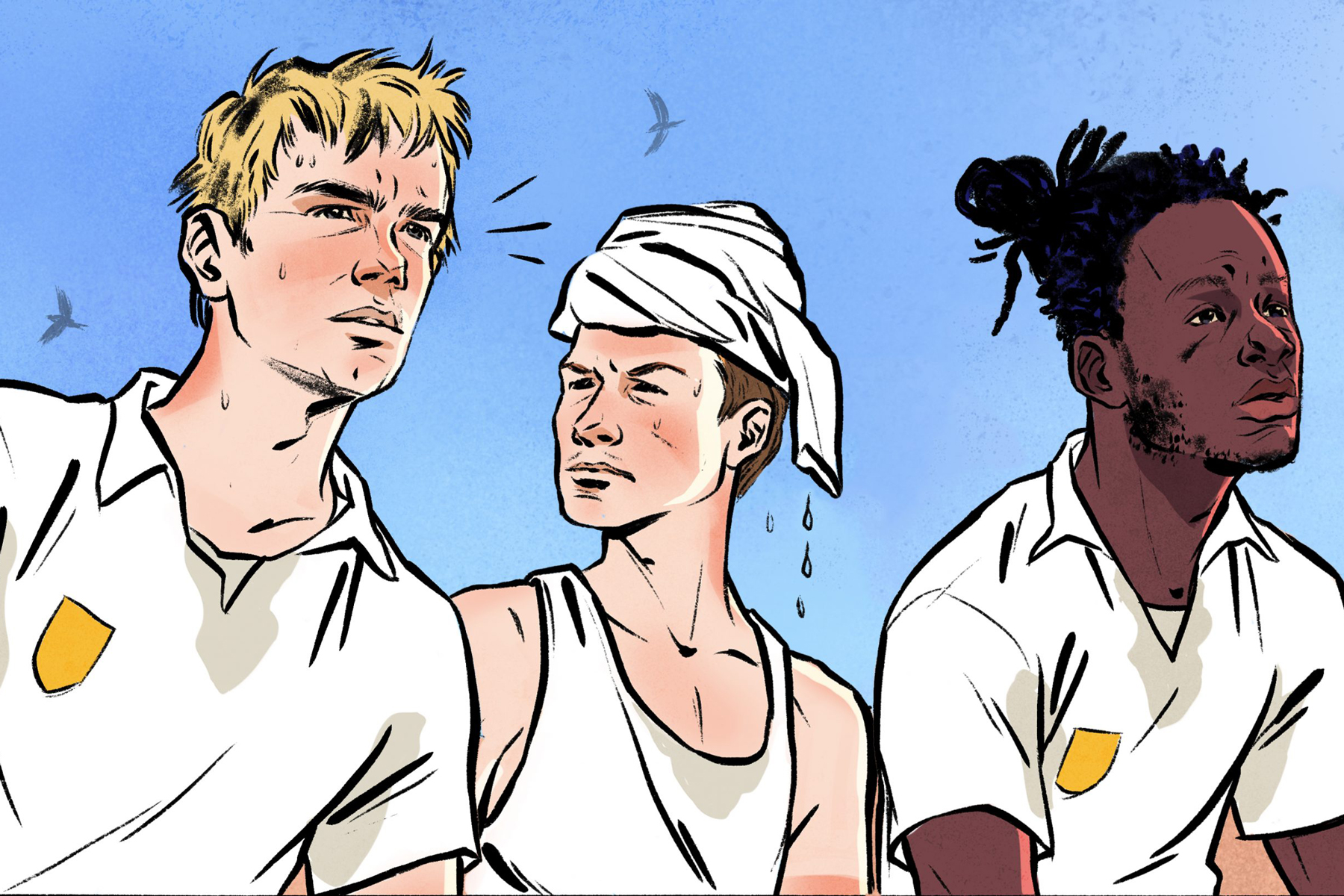 “In all the world there’s no escape from this infernal din,” Geordie Greep fittingly intones on “John L,” his spoken-word ravings spilled over spiky Henry Cow-meets-Primus riffs and a bruising rhythm section that could battle Battles. London’s Black Midi satiated critics’ chaos cravings on their out-of-nowhere 2019 debut, Schagenheim. But the avant-rockers’ follow-up is even more unnerving and gloriously surreal — like gazing into hell through a kaleidoscope.

For fans who prefer their noise-rock outbursts without the screeching violins and prog technicality, Cavalcade probably won’t rise above “infernal din” territory. (“Correct,” they may say, after learning the title of “Hogwash and Balderdash,” which veers at the drop of a hat from punk squawk to jazz-folk serenity.) But even the haters should buy a ticket to Black Midi’s dark carnival, if only for educational purposes. Few bands take such perverse glee in eroding genre lines and fucking with your head.

“Chondromalacia Patella” is like a bizarro world Red Hot Chili Peppers — until its taut funk groove is ambushed by pig-scream saxophone. The track’s fake-outs never really stop: At one point, Greep slips into a cabaret croon over his own jazz piano; later, psychedelic curlicue guitars crescendo and disintegrate, as a synth pitch plummets like a cartoon slide whistle.

These kitchen sink arrangements are the norm: Even on the breezy “Marlene Dietrich,” the most consistent mood sustained on the whole LP, they prop up Greep’s balladeer vibrato with a hoard of guitars, lap-steel, accordion, flute, cabasa, sax, harpsichord and cello.

A handful of guest players, including saxophonist Kaidi Akinnibi and keyboardist Seth Evans, help enrich these winding arrangements. But special kudos to the band’s drummer, Morgan Simpson, who never loses his grasp on groove — even when the songs slip into the disorienting. Take “Diamond Stuff,” a cosmic psych-jazz atmosphere heavy on his splashy cymbals and rolling snares — an almost virtuoso-level performance rendered smoother than scraping butter on bread.

And that’s key: You can always feel the humanity behind Black Midi’s mad scientist experiments.