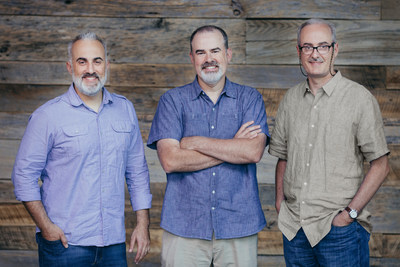 Sony will be opening the Kendrick Brothers’ new documentary Show Me the Father on Sept. 10, while the studio has dated a 10th anniversary re-release of the filmmakers’ Courageous for Oct. 15. Show Me the Father explores the fatherhood of God.

“Everyone has a father story, but not everyone has learned how to redeem it for their own good and the good of others,” said executive producer Stephen Kendrick. “Even though fatherlessness is directly connected to so much brokenness in today’s world, we wanted to go beyond traditional documentaries and show how God is the perfect Father and can amazingly provide the love and healing to anyone at any stage in life.”

“In September 2011, Courageous was estimated to open at the box office with $1.5 million and it ended the weekend the #1 new movie, with $9.4 million in the first frame,” said Rich Peluso, EVP/Head of Affirm Films. “We are thrilled to bring this incredible story to theaters with new footage, as well as bring to the big screen the Kendrick Brothers’ first documentary.”

“We’re humbled and gratified that Courageous is continuing to make a global impact,” said director Alex Kendrick. “The Lord has been graciously using this film all over the world for a decade and we can’t wait to see how the film is received by a new generation of fathers and their families.”