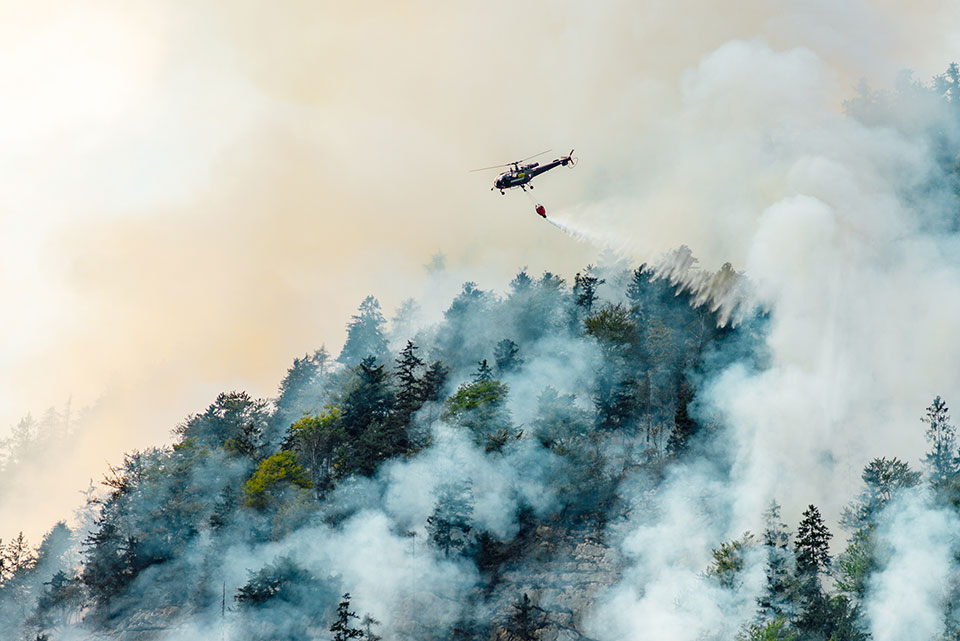 Many countries have suffered great losses in the number of trees in their forest areas. Brazil is the country that leads the world in forest loss due to fires and clear-cutting, according to new data from the University of Maryland available at Global Forest Watch. The country lost 1.7 million hectares in 2020, more than three times the next.

In 2019, most fires occurred on already-deforested areas as farmers prepared the land for agriculture and cattle pastures. In 2020, however, a significant share of the fires burned within forests. However, the Amazon wasn’t the only biome in Brazil to experience an increase in humid primary forest loss in 2020. For example, the Pantanal, the world’s largest tropical wetland, experienced 16 times more primary forest loss in 2020 than the year before.

The Democratic Republic of the Congo, Bolivia, Indonesia, and Peru complete the top 5 countries with huge primary forest losses in 2020. Democratic Republic of Congo (second on the list) lost almost 450 million hectares in 2020. Despite a slight drop in primary forest loss from the year before, Bolivia rose to number three on the list of countries with the most humid tropical primary forest loss in 2020, passing Indonesia for the first time. Most of Bolivia’s fires were mainly set by people to clear land but raged out of control due to drought conditions and hot weather.

Indonesia (4th on the list) lost almost 230 million hectares in 2020. It is worth mentioning that Indonesia’s rate of primary forest loss decreased for the fourth year in a row in 2020. Indonesia is one of only a few countries to do so. Next comes Peru (5th on the list). The country lost 190 million hectares in 2020. In Colombia (6th on the list), the rate of primary forest loss rose in 2020 after a dip the previous year. Deforestation continues to move deeper into the Colombian Amazon rainforest. The same phenomenon is observed into several protected areas like Chiribiquete, Tinigua, and Sierra de la Macarena National Parks. 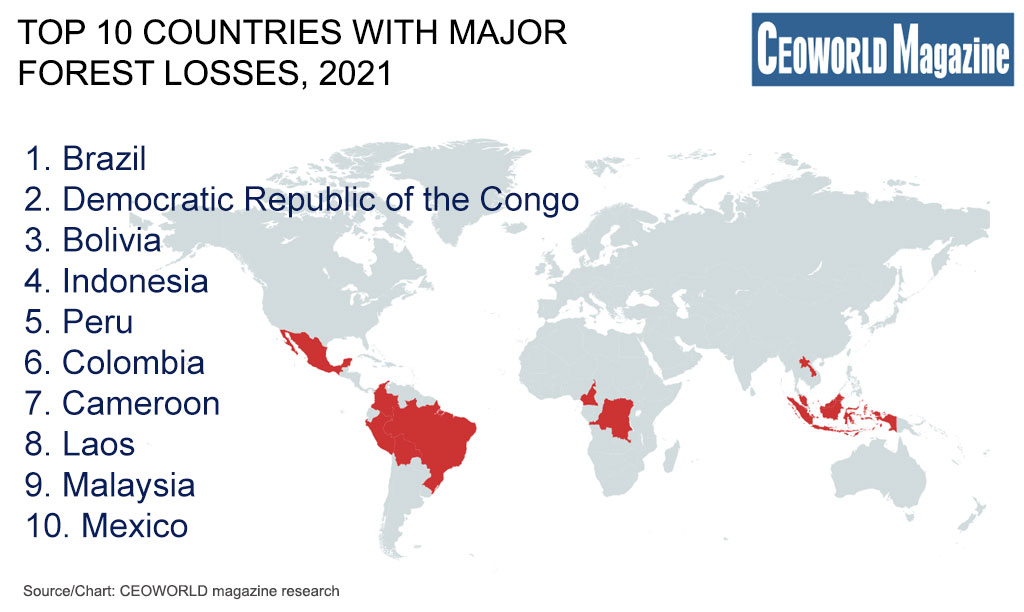