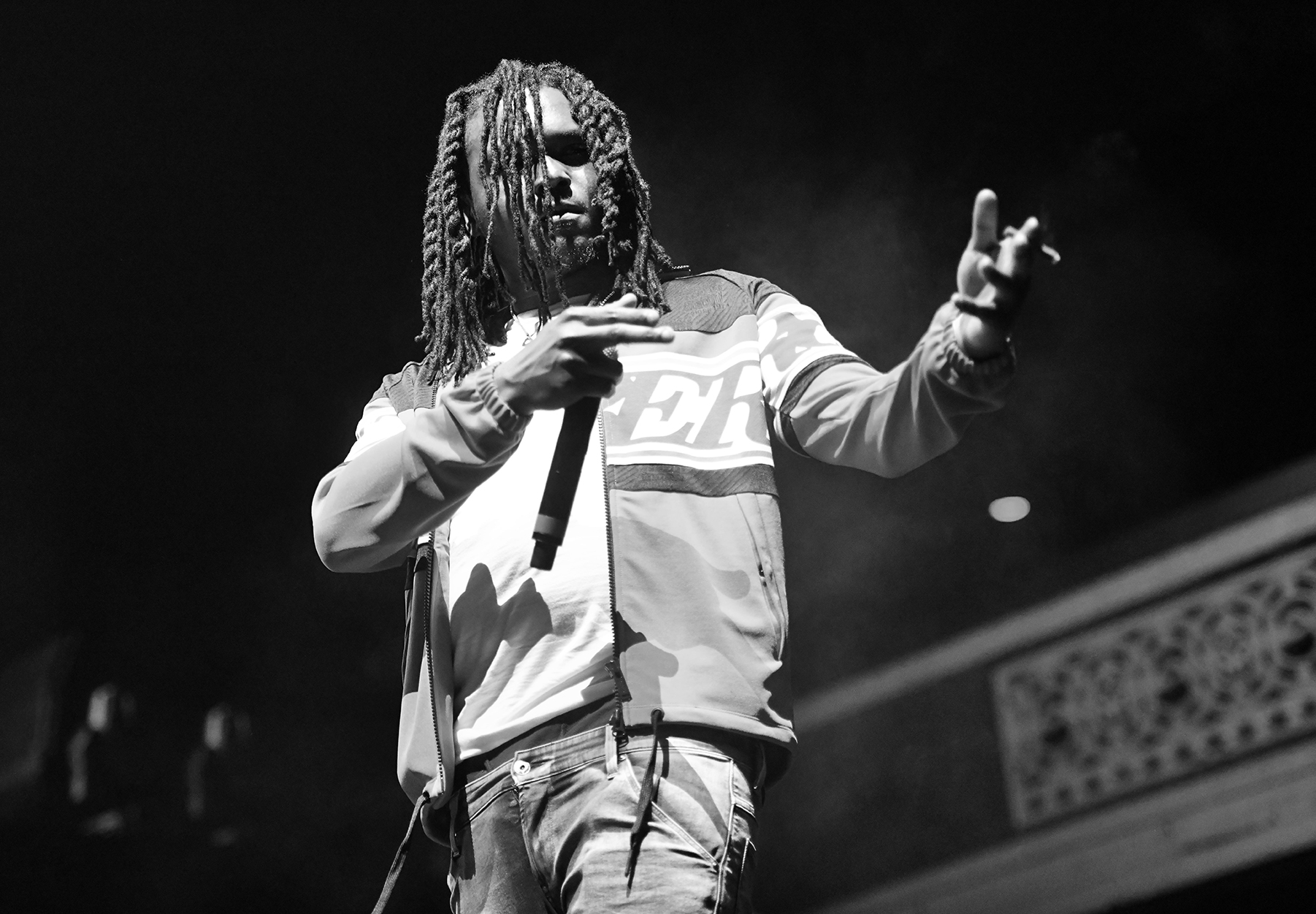 Every so often a viral moment captures our imagination for its sheer absurdity. Over the holiday weekend, a Twitter user with the handle @topxkazi shared a video from what appeared to be a graduation party inside of a residential home. The video shows a packed room of young people dancing to the Young Nudy and 21 Savage track “EA,” from Nudy’s 2017 mixtape SlimeBall 2. A ceiling fan dangles ominously close to the crowd, almost like a horror movie foreshadowing the chaos that’s to come.

Just as the revelers seem poised for ecstasy, around the song’s chorus, the video goes shaky and you hear screams throughout the party. The camera’s video goes black just as we see dozens of partiers sunken into the ground — the floor apparently caved in.

How Twitter Turned Kimmy Schmidt Into a ‘KKK Queen’

“We threw the littest graduation party of 2021 at an AirBnB and the floor caved in,” the accompanying Tweet says. “We was listening to EA by Young Nudy and niggas got too lit. Now I have to pay for 15k in damages. Can y’all fwm ??”

A GoFundMe page was launched by a user named Abraham Nelson to raise money for the damages, which allegedly amount to over $15,000. Maybe out of sympathy for a graduating class that was robbed of their carefree days by the pandemic, Young Nudy took notice. A spokesperson for the rapper recently told Complex that he’d be contributing to the GoFundMe.

Nudy wouldn’t say exactly how much money he was contributing to the house’s repair, but he did confirm to Rolling Stone that he intended to help. He spoke to us about responding to DMs from fans, how people can listen to his music safely, and his upcoming releases this year.

How did you first find out about this Airbnb situation?
One of my fans kept sending me that shit so I went and clicked on it. And then I seen the shit and was like ‘damn they done fell through the floor.’

When you recorded that track, did you ever think something like this might happen?
Hell nah. You never know what the future gonna look like when you making the music. I knew they was gon’ fuck with it but I ain’t think they were about to god damn fall through the floor.

What made you decide to come through for the kid?
I don’t know, I just wanted to fuck with em’ since they were fuckin with me. And they some little high school kids, you know?

What’s the craziest thing you’ve seen at a party?
Shit, I don’t know. It wasn’t no type of parties like the ones they going to. Our shit wasn’t lit like that. It was a different type of lit.

How can people out there enjoy Young Nudy music safely?
Make sure your house is goddamn-structured right. Before you throw a party with a huge amount of people, make sure that shit structured right. We don’t want nobody to hurt themselves. Even though that shit was lit, you feel me?

Are you someone who likes to have a direct relationship with your fans?
Sometimes with my fans, if they DM me some shit, I’ll sometimes hit they ass back. A lot of the time there’s so much of it that I don’t see all of them. It’ll just be that lucky person that’s doing something so funny that it’ll make me just reply to them.

You just dropped DR. EV4L a few weeks ago, how did you arrive at the concept for this album?
That’s the vibe I was on. Just watching horror movies and shit. You know, I love Chuckie, that’s my dog.

You also recently got a Grammy nomination for your feature on Dreamville’s “Down Bad.” What was that experience like?
That shit wasn’t shit to me really. It was cool, I appreciate J.Cole and them fuckin’ with me, you know? I don’t really be caring about that type of shit until I feel like I really accomplish that shit on my own to the fullest. I’m always gonna feel better when I get myself personally in that situation — and when I win that motherfucker, too.

Are you planning more releases this year? What can you tell us about the next project?
Yessir. I’m tryna have some major shit going on. I’m tryna get bigger. I’m tryna figure out a way to make these people fuck with me more. I did the underdog stage and now I’m ready to just explore this shit. And learn this shit. Let the people see me more and learn a little bit more about me.