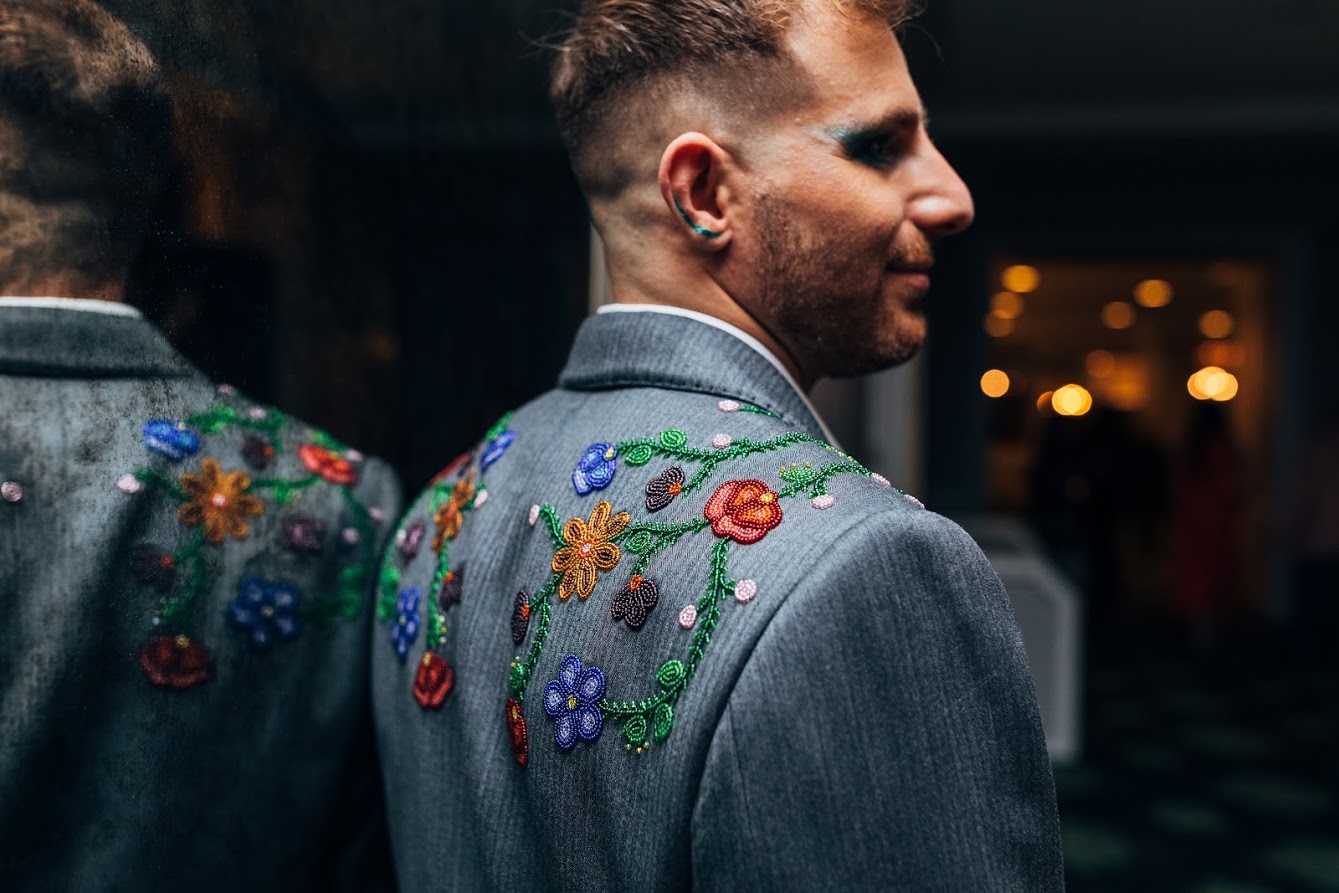 This Pride Month, FASHION is giving space to local LGBTQ2S+ voices in the creative community to share what it means to them — and how they’ll be celebrating.

Since the idea of Pride began as a protest, it felt natural to speak to Ben Barry — the outgoing chair at Ryerson University’s School of Fashion and the incoming dean of fashion at the Parsons School of Design — about what the occasion means to him.

Barry has built a reputation as an advocate for “justice and liberation in fashion.” Included in this mandate has been an effort to decolonize the industry and emphasize more sustainability and accessibility-focused approaches to how it operates. The fruits of his labour will be evident at the Mass Exodus presentation on June 10 — a virtual iteration of the School of Fashion’s graduate runway show that will be hosted by Canada’s Drag Race winner, Priyanka.

Priyanka’s presence, as well as previous hosting duties being bestowed upon multi-hyphenate and former FASHION cover star Vivek Shraya, points to Barry’s unique ability to address many ideas at once around design, inclusivity, identity, activism and the future of community building. It’s something he thinks about often in his own daily life as well.

“I’m constantly reminded that even though there are laws in place to ensure equality, [this] doesn’t necessarily translate to attitudes and cultural norms in the world,” he says when asked about what Pride means to him. “I think of myself — a white male with the most privilege in the LGBTQ+ community, and still a month ago while walking down the street with my husband and our dog, we were yelled at with homophobic slurs. Then the two guys in the truck got out and confronted us. The fact that in 2021 this still happens shows that we still have work to do to shift attitudes and culture.”

There’s a distinct intersection between Barry’s professional and personal life in this way, in terms of what needs to be done to establish equity in the fashion space — and the world-at-large. “There need to be conversations about the different forms of inequity that exist in the queer community based on race, class, disability, body size and so many other social identities,” he notes. “People have very different experiences of privilege and marginalization. Holding space for that, to learn and have discussions so queer people can be advocates and allies for each other ­— particularly those who have more privilege — is really critical. Pride is an opportunity to have those conversations and have that education in addition to celebration.”

Barry points to the existence of “standards of what a queer person looks like — a clear hierarchy that reinforces dominant norms about white masculine power” as something that requires a huge transformation. And what’s more, that Pride — which has become a heavily commodified concept in the past decade — is an opportunity to reflect on the notion that it should be a “space for community to gather and share experiences in the world, and learn from the different experiences that we have because obviously the queer community is so diverse. Pride is in many ways connected to so many different intersectional struggles around oppression.”

As a disability-identified individual and researcher for the platform Cripping Masculinity, Barry dives into the concept of oppression and accessibility in its many forms. While the virtualization of Pride events has potentially meant more folks in the community could partake in programming that was historically not accessible for them, he says that there’s a ways to go in terms of crafting a substantial Pride experience for all interested.

“Access isn’t a checklist — it looks different to different people,” he highlights, adding that it’s really about “who’s making the decisions about these events,” and affording individuals the tools to give insight into what true participation means for them, from implementing “ASL and closed captioning to visual descriptions” of what’s happening on screen.

Barry flags the  Queer Women of Colour Festival in San Francisco — which runs June 11 to 13 — as an example of a platform working to create an uplifting and accessible event for as many people possible. “All their films are subtitled, and they have ASL interpretations and open captions,” he says. “That’s one of the things I’m really excited about [this Pride].”

Excitement aside, Barry is also hopeful that given the growing commercial interest in Pride month, dialogue about corporate commitment beyond the 30 days of June will become more of an immediate and ongoing action.

“We’ve moved beyond a point of corporations donating money and coming out with a new Pride shoe or collection as an acceptable way to engage,” he says. “I think that queer communities are looking for that deeper systemic change, especially in the fashion and beauty industries that have been so inspired by and have appropriated queer culture for years. What’s the deeper commitment? What pathways are you opening up in your organization to bring in and support queer people? Are you creating opportunities to engage them in sustainable and meaningful and paid ways throughout the year? From a corporate perspective, that’s the next step and what the queer community is starting to demand.”

Additionally, demystifying the idea that Pride is simply about parades, parties and other cultural programming will lend promise to communal hope and healing based on honouring individual needs. “Pride doesn’t need to look one way for everyone,” he says. “You can go on a hike or be at a lake and celebrate Pride as much as when you’re at a parade or drag brunch. It’s about doing what feels right for you. That’s an important conversation to have and support to offer, about centering the different ways to do Pride.”