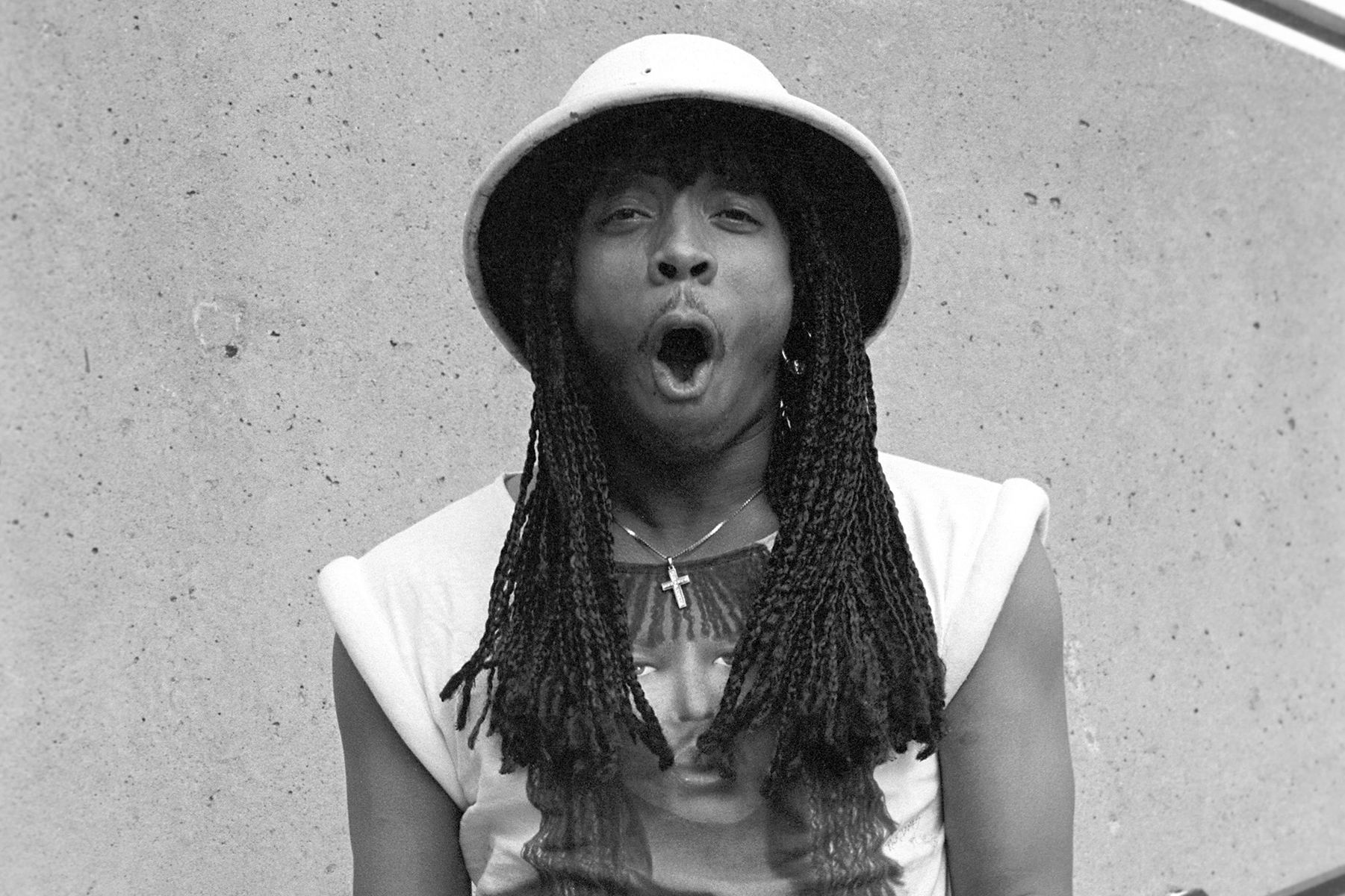 A new documentary, Bitchin’: The Sound and Fury of Rick James, will explore the lows, highs, and very highs of the funk icon’s life story. A clip from the film, which premiered during the Tribeca Film Fest and will get a wide release on an unspecified date via Showtime, focuses on how James gave funk music a pop edge and cleaved his way to commercial success, much to the chagrin of rival groups like Parliament. “All is fair in funk and war,” comments former P-Funk bassist Bootsy Collins in the clip.

The picture features footage from the “Superfreak” hitmaker’s concerts, never-before-released home video, new interviews with the artist’s peers, bandmates and friends, and archival interviews with James. In between the rise and fall, the doc’s producers say it focuses on the “punk-funk” music that was his calling card.

“The ‘wild’ side of Rick James often eclipses his musical genius, but the mathematical equation that is his life depends on all of the numbers to make a whole,” the film’s director, Sacha Jenkins, said in a statement. “Our aim was to create a balanced portrait of a brilliant artist who both chased his dreams and stalked more than a few demons. Still, his influence on funk and popular music and culture is unparalleled, and his eventual rise to the top is easily more compelling than any freebase rush.”

Jenkins’ assessment falls in line with how James, who died in 2004, wanted to be remembered. According to Rolling Stone’s obituary, when asked what his legacy would be in 2002, the artist said he wanted to be thought of “as someone who beat the odds, and as a musician who gave up the truth. My music ain’t no contrived bullshit. It ain’t no sci-fi shit. It’s the real fuckin’ deal.”