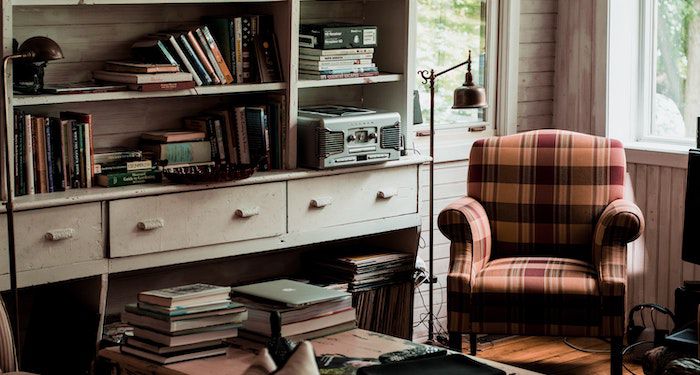 The first half of the year brought us tons of twisty and delightful cozy mysteries for every mood and, thankfully, the rest of the year doesn’t disappoint. To keep you from missing any of the excellent releases in store for the year, I’ve rounded up 15 more cozy mystery books set to be released over the second half of 2021.

In these cozies, amateur sleuths come from all kinds of backgrounds — including romance bookshop owners, televised cooking show hosts, and even witches running local B&Bs. No matter what you love best in a cozy mystery, you’re sure to find plenty of titles to watch out for this year. 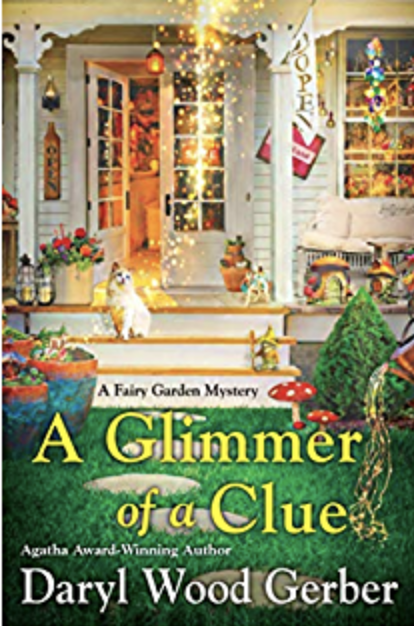 Courtney Kelley runs a fairy-gardening and tea shop in a small California town that exudes, well…cozy. But when a local art critic known to have feuded with Courtney’s friend Wanda is stabbed through the chest, the shop and town are thrown into chaos.

Because Courtney knows she is Wanda’s only hope for proving her innocence, she puts on her sleuthing cap to uncover the real killer before her friend is put behind bars.

Richard, an ex-pat Englishman and B&B owner living in a small French town, craves solitude and simplicity. But when a guest goes missing and one of his favorite hens is murdered, Richard is compelled to investigate a local crime that extends far beyond his comfortable life.

Aleksandra “Alex” Daniels is a water witch, which comes with magical abilities that are hard to hide in a coastal North Carolina town. While helping her friend Celeste plan the annual Mermaid Festival, a local artist scheduled to paint a mermaid-themed mural is murdered. After Celeste is framed for the crime, Alex must find the true culprit by learning more about the dead artist’s secret life. 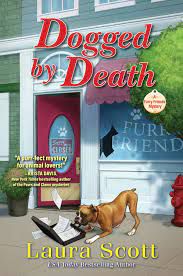 After veterinarian Ally Winter loses her fiancé and her clinic in one blow, she moves back to her Wisconsin hometown to care for her ailing grandfather. But when a local lawyer who was disliked by many is murdered in his home, Ally reluctantly teams up with her high school crush-turned-detective Noah Jorgensen to solve the case.

Whitney “Whit” Dagner thought running her family’s tourism business with her brother Nick would be a welcome change of pace from her last job in Los Angeles. But when a distinguished businessman is strangled to death, Whit realizes that even small towns can harbor deadly secrets.

When Nick is framed for the murder, it’s up to Whit to clear his name with a little amateur sleuthing.

After losing her job, Maureen Doherty stumbles into unexpected luck when she inherits an inn from a mysterious relative. At first, her new home feels comfy and idyllic. But when she finds a dead body at the inn, she is thrown into a murder case.

If she wants any chance at solving it, she’ll have to team up with the ghosts who haunt the premises. 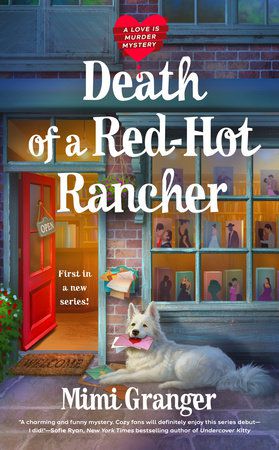 Lizzie Hale is the owner of the most swoonworthy romance bookshop in town: Love Under the Covers. But when local heartthrob Brody Pierce is found murdered and Lizzie’s aunt is framed for his death, her life takes a decidedly un-romantic turn. Can she investigate Brody’s long list of ex-girlfriends and find the true killer to secure a happily ever after for her family?

Brynn Warren comes from a long line of witches who call Evenfall, New England, their home. When an argumentative guest is found murdered in the B&B that she runs with her three magical aunts, Brynn must use her powers to communicate with the victim’s ghost and uncover clues that may lead to solving the crime.

Waitress and amateur sleuth Odessa Dean is finally comfortable enough in Brooklyn to call it her home. But when a girls’ day at an escape room turns deadly, she must find the murderer before she and her friends are wrongfully convicted for the crime. 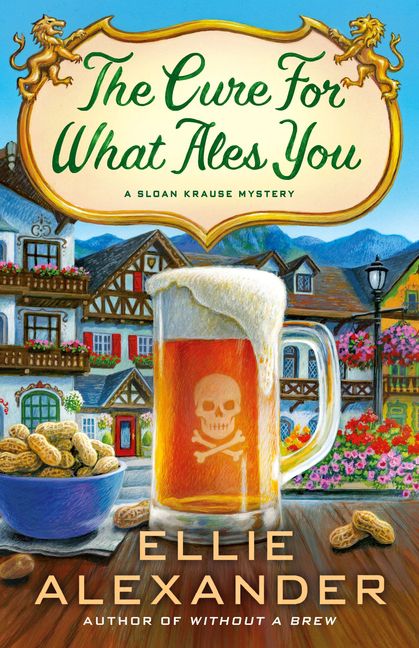 In a small alpine village, local craft brewer Sloan Krause is working on a brand-new ale to debut at a spring celebration. But when a local housekeeper who may have connections to a mystery in Sloan’s personal life is murdered, she must find the killer before they target her or her family.

After moving from New York to Miami, food anthropologist Miriam Quinones-Smith is stunned when she is offered a job as a cooking expert on a televised Spanish-language morning show. But when a series of women connected to the set turn up murdered, Miriam takes solving the murders into her own hands before the killer strikes again. 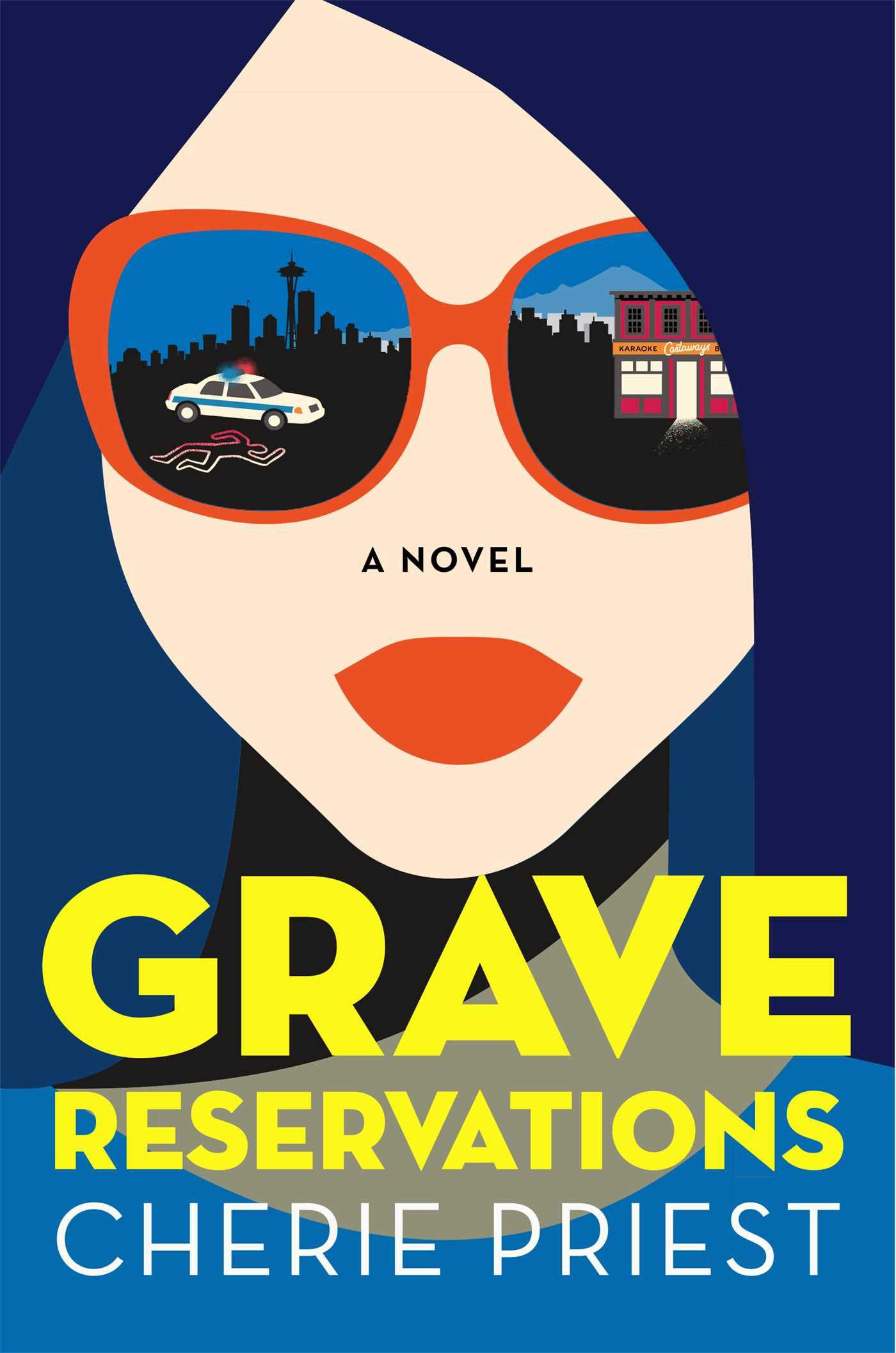 When travel agent Leda Foley has a premonition that saves Seattle detective Grady Merritt from certain death, he begs her to use her powers to help him solve a cold case. Leda’s psychic abilities are hot and cold at best, but she’s compelled by Grady’s pleas. Soon, she finds herself unraveling a case that is unpleasantly reminiscent of her fiancé’s unsolved murder.

Separated at a young age, fraternal twins Koby and Keaton are overjoyed to be reunited as adults. But just as they open their new bookstore-slash-soul-food-cafe for business, Koby’s foster brother is found dead. Together, Keaton and Koby begin investigating the locals of their Pacific Northwest town to bring the killer to justice and find closure.

Mystery bookstore owner Sam Washington is overjoyed to finally see her first novel published. When a not-so-bright detective who happens to be her former math student is framed for a murder he didn’t commit, it’s up to Sam to clear his name. 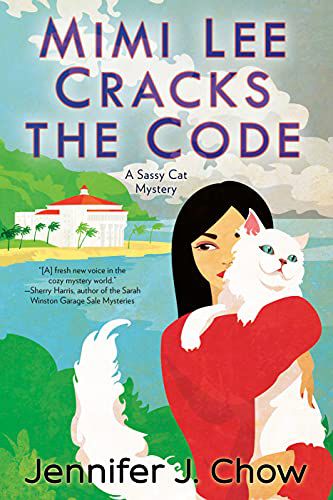 After working hard to keep her pet grooming service Hollywoof in business, Mimi Lee is ready for a well-earned vacation with her boyfriend Josh. But her romantic getaway is soured when the vacation home’s last renter is found murdered. Can Mimi’s sleuthing skills help her solve the murder before the vacation home owner — Hollywoof’s investor Pixie St. James — is falsely convicted?

Looking to try a cozy mystery that has already been released? Check out the best cozy mystery series and this list of the paranormal cozy mysteries for more recommendations.

Why Is the Internet So Angry at Kim Kardashian For Posting Her Body-Fat Percentage?
Direct Mail Marketing Strategies to Target Boomers, Gen X, Millennials and Gen Z
Wall Street’s top analysts say these are their favorite stocks right now
Sixth Annual Allman Family Revival Tour to Honor Gregg Allman This Fall
A Lady for a Duke