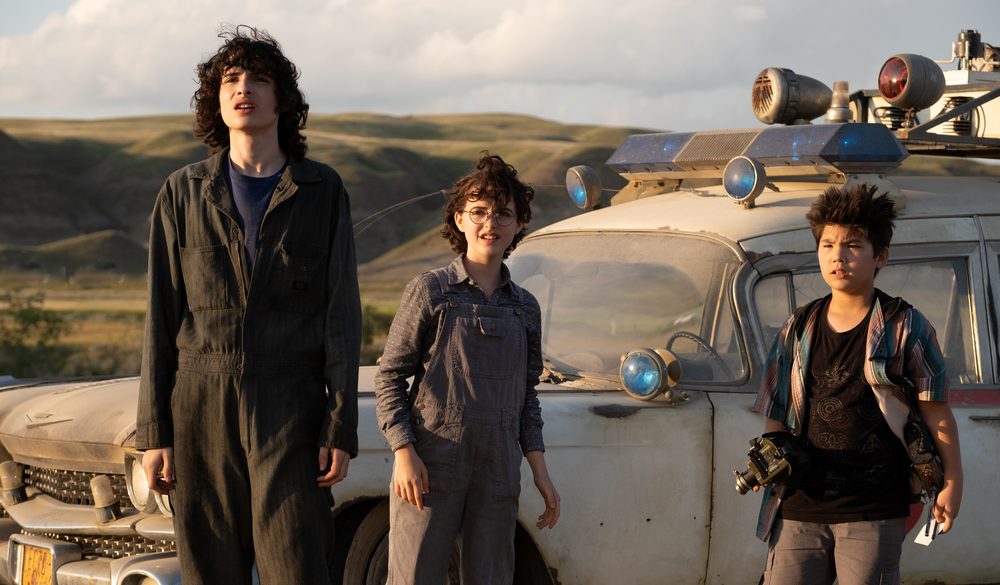 In the wake of Sony’s attempt to reboot Ghostbusters in 2016 with a female leading cast, the studio hasn’t given up on the IP and finally is releasing an all-new Jason Reitman-directed sequel, Ghostbusters: Afterlife, which it has protected for a theatrical release throughout the pandemic.

Exhibition bosses went nuts at CinemaCon for the movie, which has been described as having a Steven Spielberg-esque sensibility in its cast of kids — one of whom is the descendent of Harold Ramis’ Dr. Egon Spengler from the original 1980s movies. Franchise vets Bill Murray, Dan Aykroyd, Ernie Hudson, Sigourney Weaver and Annie Potts are back as well.

There’s been a fervent response to Ghostbusters: Afterlife from local press out of recent screenings, and Sony is betting that the feature, which is also produced by original Ghostbusters filmmaker Ivan Reitman, will be a holiday sleeper. If the pic comes up short this weekend for some reason, let’s see where it stands by the end of Black Friday weekend.

Sony is conservatively projecting $27M-$28M for the U.S./Canadian weekend; industry rivals are seeing $30M-$35M from 4,300 theaters. Tack on an overseas launch in UK, Germany, Italy, Latin America (including Brazil and Mexico), Benelux, Sweden and Denmark, and the global start for the movie could reach $45M. As the adage goes, Ghostbusters is a domestic property, not overseas. Stateside previews start at 4 p.m. Thursday at 3,450 theaters. Sony will have all the Imax and PDFs in the pic’s opening U.S./Canada suite.

Currently, Ghostbusters: Afterlife is 66% fresh on Rotten Tomatoes from 89 reviews. That’s better than the 59% Rotten of 1989’s Ghostbusters II and under the RT scores for the Paul Feig 2016 reboot (74% certified fresh) and of course, the 1984 original, which stands at 97% certified fresh. Feig’s version starring Melissa McCarthy, Kristen Wiig, Kate McKinnon and Leslie Jones opened to $46M domestic off a $144M production cost before P&A, and did a 2.79x multiple from a B+ CinemaScore for $128.35M domestic and $229.1M worldwide. This new version scripted by Jason Reitman and Gil Kenan stars Finn Wolfhard, Mckenna Grace, Carrie Coon, Logan Kim and Paul Rudd, and it cost a reported $75M before P&A.

Will the adult audience finally come out over the Thanksgiving stretch?

Warner Bros. has its Will Smith movie King Richard — about Venus and Serena Williams’ father Richard, who coached them to tennis stardom — on Friday, while MGM/United Artist Releasing has Ridley Scott’s House of Gucci opening Wednesday. The difference is that King Richard is available on HBO Max in homes, the second-to-last movie that’s part of WarnerMedia’s theatrical/HBO Max day-and-date strategy for 2021, while House of Gucci is on a theatrical window. The outlook for King Richard at 3,250 theaters is $10M for the 2-hour, 18-minute feature.

The top-grossing drama to date this year is MGM/UAR’s Respect, which opened to $8.8M and ended its domestic run at $24.2M despite running 2 hours and 25 minutes. There have been 23 wide-release dramas this year that opened to $3M (18 of those were on a theatrical window). King Richard is 91% fresh on Rotten Tomatoes. Showtimes start Friday.

Quite similar to 2020, this year’s awards contenders that are aimed at upscale and older audiences can’t be judged on their box office merits. The days when a contender’s poor box office performance dashed its awards-season chances are gone for the time being. Older audiences will be reluctant to return to cinemas during Covid — essentially, until they’re not.

Disney/Marvel’s third weekend of Eternals is eyeing a 50% decline for $13.4M in the No. 2 spot, ahead of King Richard. The Chloe Zhao-directed feature stands at $121.9M though Tuesday. Paramount/eOne’s Clifford the Big Red Dog is estimated to be off at least 40% from its three-day of $16.6M with just under $10M. That pic’s running total through seven days is $24M.

Venice Review: Jane Campion’s ‘The Power Of The Dog’

On the specialty side, Netflix has Jane Campion’s much-buzzed western The Power of the Dog and Halle Berry’s Bruised, while A24 has the Joaquin Phoenix black-and-white drama C’mon C’mon. IFC is opening the documentary Kurt Vonnegut: Unstuck in Time. Bleecker Street has India Sweets and Spices booked at 343 theaters. Jill Goldsmith will have more on the specialty side later this week.

Nancy Tartaglione contributed to this report.

Trailer Released for HARRIET THE SPY TV Show
All of the stocks in Cathie Wood’s Ark Innovation fund are in a bear market except 2
‘Cagney & Lacey’ Sharon Gless Confused over Sexuality, Hit On Rosie O’Donnell
Vivica A. Fox Supports Jussie Smollett as He Goes on Trial
Elon Musk says SpaceX has started building a Starship launchpad on Florida’s Space Coast