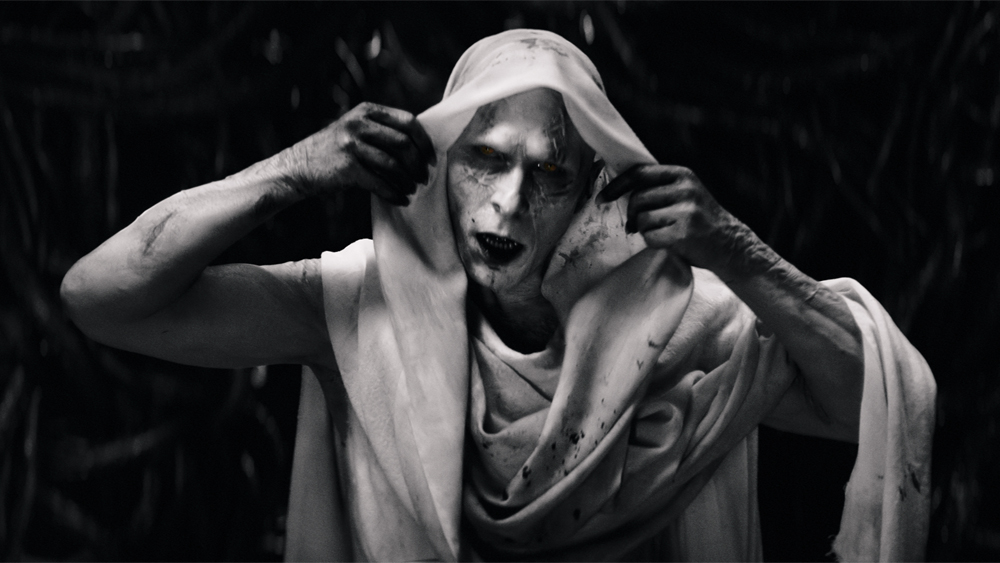 The first “official trailer” for Marvel’s Thor: Love and Thunder — not to be confused with the teaser that dropped a little over a month ago — debuted tonight during the NBA Eastern Conference Finals on ESPN.

While the teaser gave us our first glimpse of Natalie Portman’s Jane Foster wielding the hammer, tonight’s official trailer gives us our first look at Christian Bale’s much anticipated turn as baddie Gorr the God Butcher.

There’s also the obligatory transformation “from dad bod to God bod” as Thor gets back into action after his pizza and beer phase.

The new footage includes a trek to Olympus where Zeus (Russell Crowe) reigns supreme. Thor’s retirement is interrupted by a galactic killer known as Gorr the God Butcher (Christian Bale), who seeks the extinction of the gods. To combat the threat, Thor enlists the help of King Valkyrie (Tessa Thompson), Korg (Taika Waititi) and ex-girlfriend Jane Foster (Natalie Portman), who – to Thor’s surprise – inexplicably wields his magical hammer, Mjolnir, as the Mighty Thor. Together, they embark upon a harrowing cosmic adventure to uncover the mystery of the God Butcher’s vengeance and stop him before it’s too late.

Watch the trailer above and see the new poster below.

48 STATES
Members of 1970s Rock Band Orleans Sue Warner Over Royalty Deductions
Puerto Rican Newcomer Eix Teams Up With Beéle for Breezy Summer Jam ‘Cuando Te Veo’
“Once the Books Start Coming Off the Shelves, We’ll See You In Court.”: Book Censorship News, June 17, 2022
If I Had to Choose 1 Pair of Leggings For Life, It Would Be This $40 Old Navy Pair