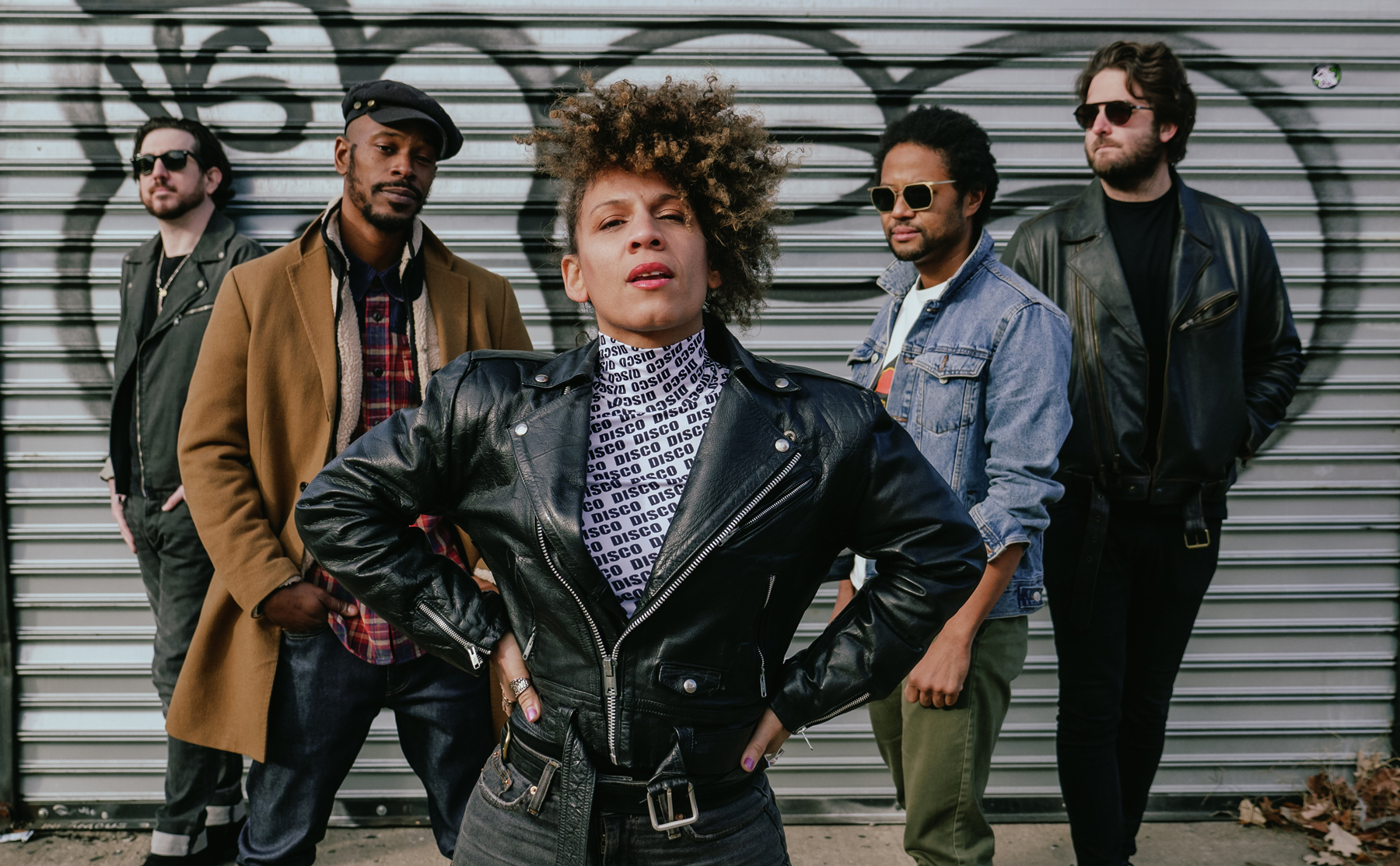 The Brooklyn band Underground System makes exuberant dance music that blooms out into countless directions — a result, in part, of band members with different backgrounds and musical experiences. “It’s a true New York, eclectic vibe,” the band’s co-founder and singer Domenica Fossati says on a recent call with Rolling Stone.

She’s a classically trained flute player who grew up in a multicultural family, bouncing between Venezuela, Miami, and other parts of the globe before settling in New York. There, she met fellow band co-founder Peter Matson, and the two of them bonded over their love of Afrobeat sounds. “Peter comes from a jazz background in his family and he’s just naturally as a guitarist and he loves rock music,” Fossati says. “Our bassist is really into dub and our drummer is a badass Afrobeat drummer. Our percussionist comes from a traditional Senegalese style of drumming and understands soca music so well.”

Such wide-ranging influences filter directly into a new set of songs the band released in May as part of a two-part EP called Into The Fire. The project includes “He Said, She Said,” a funk- and psychedelic-tinged ode to saying goodbye to toxic relationships for good, and the intricate, down-beat jam “Desnuda.”

Though the EP came together during lockdown, the band, known for their ecstatic live shows, has been taking the music to their fans. After touring in France for the last few weeks, Fossati caught us up on last few shows, their upcoming homecoming performance at Brooklyn Made, and the second part of the EP, expected out this fall.

How did Into The Fire come together?
A lot of artists have gone through this, but during the pandemic, there was nothing going on. We’d had a really nice trajectory in 2019: We were touring through Europe and things were about to happen, and then everything got canceled. So, my bandmate Peter Matson and I started thinking, “Okay, let’s just write some music and see what happens during the lockdown.” We’d send each other tracks and a bunch of ideas, different inspirations, lyrics, and melodies — just little things — and that turned into full-on tracks.

Eventually, we met up and started working on the songs ourselves, and though we had so much material, we felt these worked well together. A song like “Desnuda,” for example, is about self-discovery and being a woman, and it was an example of a lot of self-reflecting when you’re sitting in your room by yourself with nothing to do during the pandemic.

Did it feel like an evolution from your previous work?
I feel there’s more lyrical writing in this one. I wasn’t really much of a songwriter before Underground System — before, it was more about testing out rhythms that I like and just having little hooks here and there. But these were actual songs with things that I really wanted to say through the words. I think the style is a little different, too: We went a little bit more in the rock vibe.

The band has always had really eclectic tastes and influences. Tell me about the inspiration for this project and how you guys process those influences on this project.
We’ve always had a bunch of different influences just because we are in New York and everyone in the band has their own inspirations that they bring to the table. With this one in particular, because we were in our own spaces, we started dabbling, like I said, into this rock vibe. But for me, I was also listening to different types of rhythms from the African continent, from the West, North, and South, so we were incorporating some of these things as well. We were all sending each other music: I’d be home and I’d say, “Oh dude, check this out. Can we try to figure something out to incorporate a beat this?” And Peter would say, “That would sound dope with this rock riff.” And so we went back and forth like that a lot, mainly because we had all this time to listen to all sorts of music.

For me personally, I grew up in Venezuela; my mom’s Black American and my dad’s from Italy. My dad would speak to me in Italian, my mom would speak to me in English. I went to a school that spoke Spanish. I was always listening to Venezuelan music, but then my mom comes from this jazz world, so she’d play a lot of jazz and funk. And my dad’s obsessed with opera. It made me a little bit more open-minded to listening to other styles that I’ve never heard before and very curious about music. When I heard Fela, I was like, “That’s it, it’s over. I want to dance all night to this music.”

Your band is known for its live-show experiences. How does the music change or take on a new life when you guys take it onstage, and how are you feeling about your upcoming hometown show at Brooklyn Made?
A lot of times, we extend the songs a little more live, but also just visually it’s a really energetic performance from all of us. We dance a lot — there’s sometimes choreography, and I engage with the audience. As well as the songs being a bit more extended, we also have a little bit of freedom to wild out and go crazy onstage. Live, it’s a whole ‘nother level, because you’re also not just listening to this music, but you’re seeing this real energy on stage and the dynamic between all of us on stage engaging with each other musically.

I’m a bit on a high from a two-week tour that we did throughout France. Let me tell you — French people, they wild out. It’s super-fun. The first show was one of my favorites because immediately, there was a mosh pit going on and people crowd-surfing, and I’m like, “Sick.” I’m usually the one that stage-dives at the end, but there are already people doing it for me.

Where do you see the global dance music heading, especially post-pandemic, when a lot of people are looking for a release?
I feel like it’s starting to spread out into other places, and I think that it’s getting more and more eclectic. I’ve used that word before, but it’s true. I’m starting to hear a lot of dance music be influenced by a lot of different other sounds, and I think a lot of it has to do with the spread of music during the Internet age. I think of places like Miami, for example, which is a melting pot and so many sounds are being absorbed and turning into this global dance sound.

What can you tell us about the second part of this EP?
We’re going to dive into a little bit more of a different style of music that we haven’t done before. It’s going to be more of a reflective sound, and songs that lyrically are more about what I was internally feeling. A lot of times, I talk about politics or things going on in our society, so it’s a little more personal.

The Attention Economy’s Impact on the Retail Industry
A24’s ‘Marcel The Shell With Shoes On’ Makes A Splash – Specialty Box Office
Top Wall Street analysts stand by these stocks as the first half of 2022 wraps up
US Swimmer Anita Alvarez Rescued by Her Coach After Fainting Underwater
How to Drive a Better Customer Experience in Today’s Overcrowded, Experience-Driven World