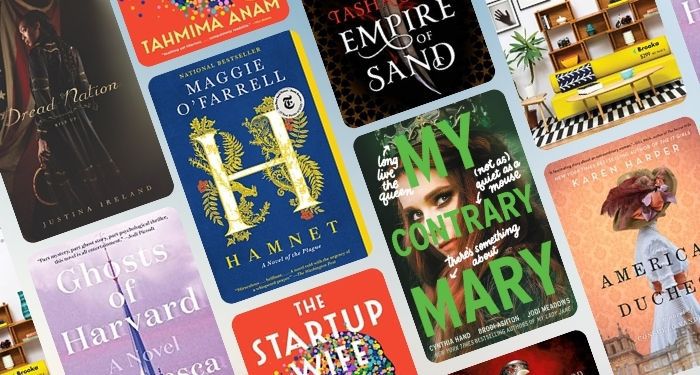 The Sympathizer by Viet Thanh Nguyen for $1.99

Sisters of the Snake by Sirena & Sasha Nanua for $1.99

Unlikely Animals by Annie Hartnett for $5.99

The Lost Continent by Bill Bryson for $2.99

My Killer Vacation by Tessa Bailey for $4.99

Libertie by Kaitlyn Greenidge for $2.99

Hollow Fires by Samira Ahmed for $2.99

The Good Neighbor: The Life and Work of Fred Rogers by Maxwell King for $1.99

Queenie by Candice Carty-Williams for $1.99

Fingersmith by Sarah Waters for $1.99

The Office of Historical Corrections by Danielle Evans for $1.99

Battle Royal by Lucy Parker for $1.99

The Gunslinger (The Dark Tower I) by Stephen King for $2.99

You Made a Fool of Death with Your Beauty by Akwaeke Emezi for $5.99

Marvel Myths and Legends by James Hill for $1.99

A Psalm for the Wild-Built by Becky Chambers for $4.99

The Project by Courtney Summers for $2.99

Maybe in Another Life by Taylor Jenkins Reid for $1.99

Mythos: The Greek Myths Reimagined by Stephen Fry for $3.99

7 Powerful Ways to Improve Your Brand Reputation and Recognition
LETTING THE HOUSE GO
The Key Elements All Online Communities Should Have
The Benefits of Having a Consumer Brand for Hard Science
Stocks making the biggest moves after hours: Novavax, Upstart, Allbirds and more