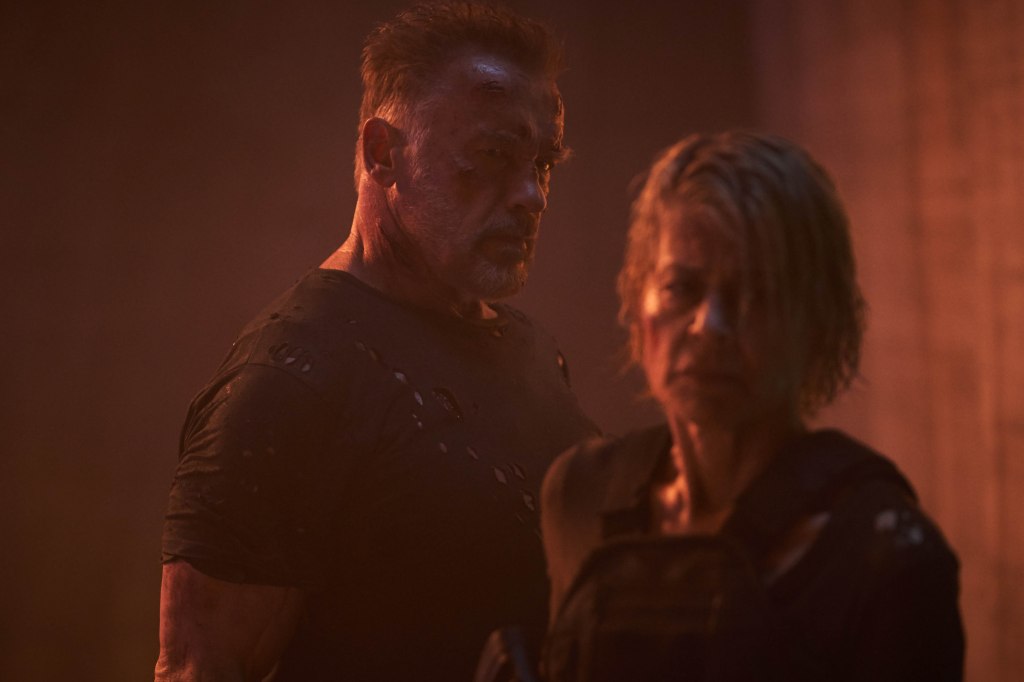 The last time Deadpool director Tim Miller was here at San Diego Comic-Con in 2019, he was promoting his R-rated revival of the Terminator series, Terminator: Dark Fate.

There was a lot of hope around the film, and Miller was set to right the wrongs of previous installments. Per James Cameron’s suggestion, he returned the sequel to a hardcore rating. Not only did he make sure Arnold Schwarzenegger was back, but Linda Hamilton, too; the last time she starred in the action series was Terminator 2: Judgement Day.

However, the pic tanked at the box office with $62M domestic, $261M WW; the second lowest grossing sequel in the franchise after the original installment.

Miller said, “I went in with the rock hard nerd belief that if I made a good movie that I wanted to see, it would do well. And I was wrong. It was one of those f**king Eureka moments in a bad way because the movie tanked.”

“Then why aren’t people returning my phone calls?” responded Miller.

Then showing optimism, “I think if you make a lower cost Terminator movie,  a good director and movie star could make it great. It could be made with sock puppets and it could be awesome,” Miller continued.

The original Terminator movie in 1984 was a cash cow, made for under a reported $7M and grossing over $78M WW.