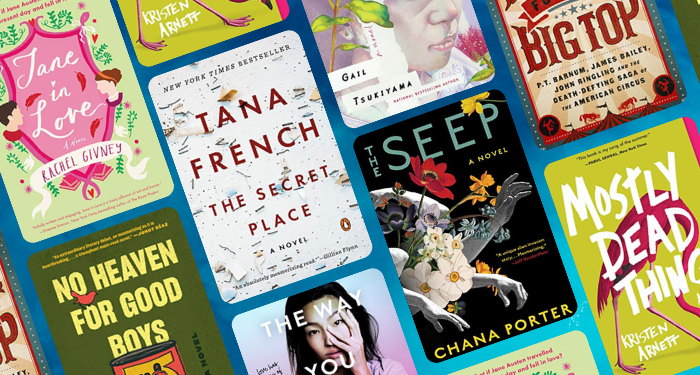 London, With Love by Sarra Manning for $0.99

The Mercies by Kiran Millwood Hargrave for $2.99

Small Fry by Lisa Brennan-Jobs for $1.99

The Ophelia Girls by Jane Healey for $1.99

Surviving Autocracy by Masha Gessen for $2.99

The Disappearing Act by Catherine Steadman for $2.99

Up All Night by Laura Silverman for $1.99

Necroscope by Brian Lumley for $2.99

The Shining Girls by Lauren Beukes for $2.99

The Road to Little Dribbling by Bill Bryson for $2.99

Prime Meridian by Silvia Moreno-Garcia for $1.99

We Were the Lucky Ones by Georgia Hunter for $2.99

The Royal We by Heather Cocks & Jessica Morgan for $2.99

The Butterfly Girl by Rene Denfeld for $1.99

Dolly Parton, Songteller: My Life in Lyrics by Dolly Parton for $3.99

The Searching Dead by Ramsey Campbell for $0.99

The Invitation by Lucy Foley for $2.99

Jonathan Strange and Mr Norrell by Susanna Clarke for $3.99

Who is Maud Dixon? by Alexandra Andrews for $2.99

Startups are Making These 3 Mistakes in Their Marketing Strategy. Here’s How to Avoid Them.
Barnes & Noble Huge 50% Off Sale
How To Fake That You Read the Book Club Book
Watch Kristin Cavallari Deadlift 185 Pounds Like It’s Nothing
Netflix is expanding its push into video games, but few subscribers are playing along