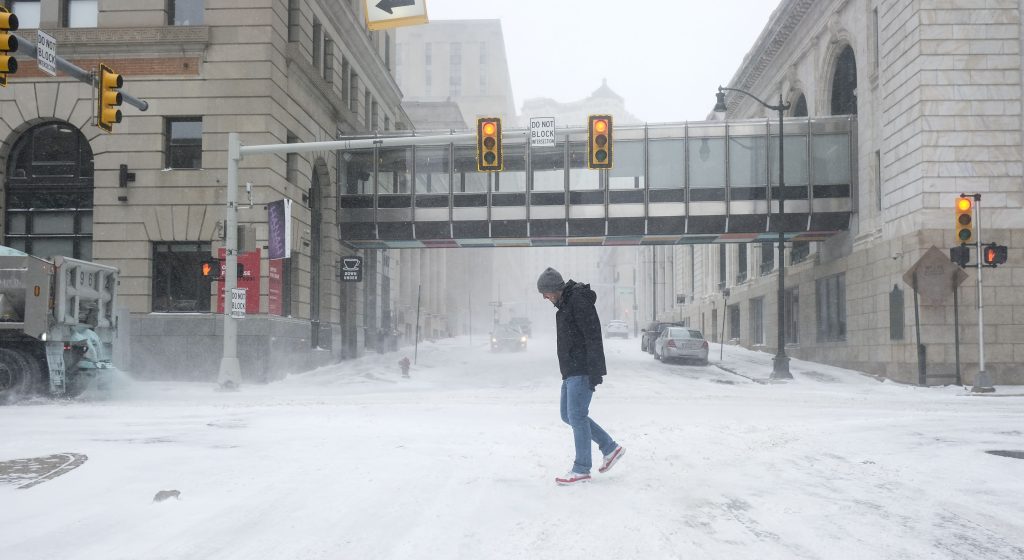 Multiplexes in such cities as Cleveland (16 turning off the lights), Indianapolis (14), Buffalo (13), Cincinnati (11) and Portland, OR (10) have shuttered due to brutal weather.

All of this is currently resulting in lower-than-expected weekend projections, which will hopefully correct by Christmas Day Sunday. Already, business will be down around a daily average of -50% on Christmas Eve Saturday as is typical for that day’s business.

I Wanna Dance With Somebody from Tri-Star/Compelling Pictures/Black Label is looking at $2.2M today (including last night’s previews), $6.3M for the weekend and $9M over 4 days at 3,625 theaters. Sony is getting a distribution free for handling with financiers recouping the P&A spend. Rotten Tomatoes critics don’t like it at 46%, but audiences love it at 94%.

FRIDAY AM, PREVIOUS: We’re hearing that bad weather in the Midwest significantly impacted Thursday grosses with Winter Storm Elliott intensifying into a bomb cyclone. As of this morning, more than 1 million customers are without power across the country, around 4K flights canceled and wind chill in the -20 to -30 degree range as the country gets hammered by severe winter conditions.

Today in its 8th day at the box office, James Cameron’s Avatar: The Way of Water will cross $200M in U.S./Canada. Other films that have taken that long to cross the double century mark stateside include Captain Marvel (final gross $426.8M), Jurassic World: Dominion (final $376M) and Thor: Love and Thunder (final $343.2M).

Tri-Star/Compelling Pictures/Black Label’s Whitney Houston biopic I Wanna Dance With Somebody grossed $730K from 3,093 locations off previews that began at 2PM yesterday. While no official comps are being given, that preview cash isn’t that far from the $800K that West Side Story made on its Thursday night off showtimes that began at 5PM ($10.5M 3-day) a year ago and it’s just under what Universal’s all-femme title Sisters did on its Thursday night back on Dec. 17, 2015 ($769K) which resulted in a $13.9M opening. I Wanna Dance With Somebody is expected to open to around $12M over four days at 3,550 locations.

Third place among regular ranked titles Thursday went to Disney/Marvel Studio’s Black Panther: Wakanda Forever at 3,200 sites with $906K, +1% from Wednesday and a running total at end of week 6 of $422.6M.

Fourth is Universal’s Violent Night at 3,528 theaters with $792K, -4% from Wednesday, and running domestic total of $38.4M at end of week 3. The genre action title is 137% ahead of Universal’s Black Christmas which finaled at $16.2M and $200K ahead of the studio’s 2015 holiday horror comedy Krampus at the same point in time which ultimately ended its domestic box office at $42.7M.

No grosses reported this AM for Babylon‘s previews. The hope is that this Damien Chazelle directed movie, which Paramount has supported greatly, earning five Golden Globe nominations, will be north of double digits over 4 days.