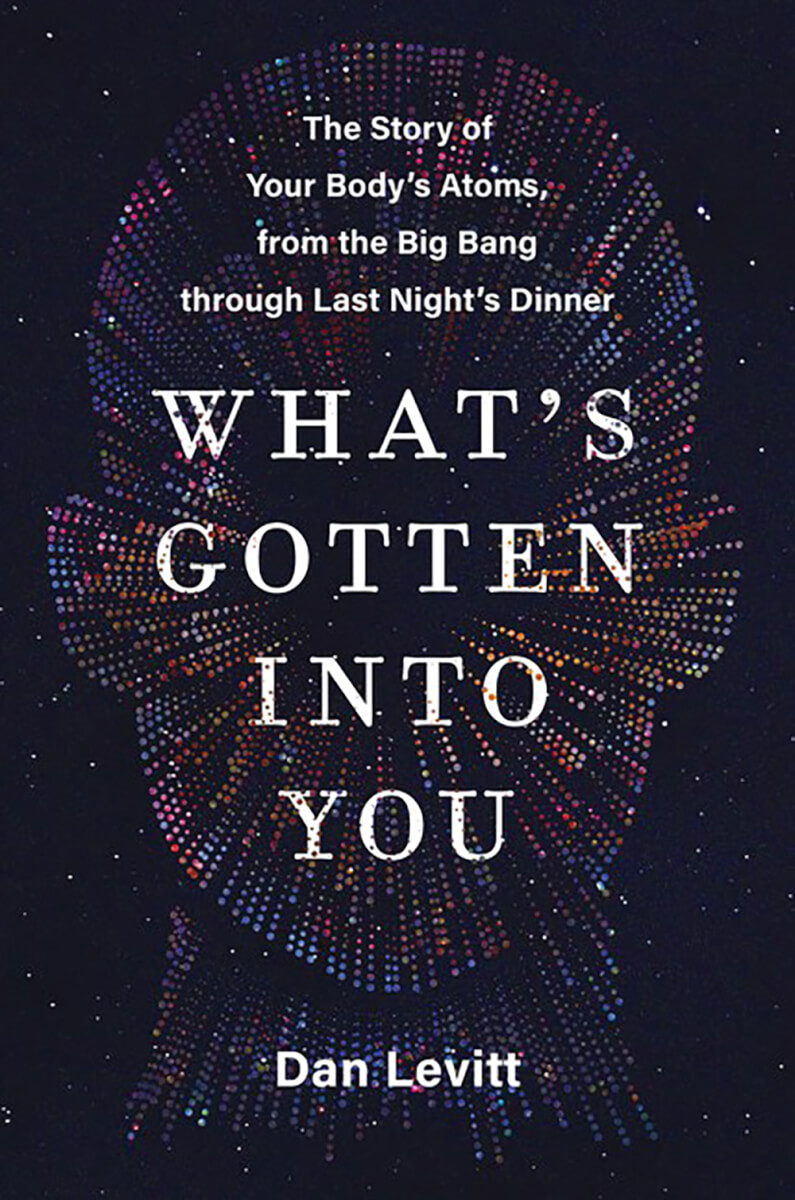 Even if the word science only conjures up bad memories of frog dissections and failed lab experiments, you’ll find much to enjoy in Dan Levitt’s What’s Gotten Into You: The Story of Your Body’s Atoms, From the Big Bang Through Last Night’s Dinner. Levitt, a writer and producer of science and history documentaries, delivers a survey of life’s building blocks that’s intelligent, accessible and just sheer fun.

Levitt launches his inquiry with two fundamental questions: “What are we actually made of? And where did it come from?” His subsequent hunt for answers begins in an appropriate place: the discovery in the 1930s of what became known as the Big Bang by Belgian physics professor and Catholic priest Georges Lemaitre. Lemaitre‘s story is especially interesting for the way it encapsulates the tension between science and religion that looms over some of the issues in Levitt’s wide-ranging account.

Most of the book’s chapters follow a similar format. Levitt will open his investigation of a specific topic, such as how water appeared on Earth or the race to discover the structure of DNA, with an economical but informative biographical sketch of one or more of the scientists whose work proved pivotal in the field. Then he’ll dive into the science, with a special enthusiasm for the controversies that pitted one expert against another. While some of these researchers—such as Nobel laureates James Watson and Francis Crick, of DNA fame—are well known, others—such as Justus von Liebig, the 19th-century German chemist who pioneered research in the field of nutrition—are not. Levitt devotes extra attention to the role of women in science, noting the discrimination that has often prevented their work from receiving the recognition it deserves.

Levitt has the ability to present abstruse subject matter in a form that’s easily digestible by lay readers. He’s scrupulous about giving equal time to warring scientific combatants and is especially sensitive to the biases (among them, the “Too Weird to Be True” bias) that have dogged even the most brilliant scientists. One especially stimulating discussion plays out in the chapters titled “The Most Famous Experiment” and “The Greatest Mystery,” describing the controversy over the origin of life and whether it was sparked in the Earth’s atmosphere, in outer space or in the depths of the ocean. Extensive endnotes and a bibliography that stretches to 20 pages reveal that Levitt has done his homework.

Readers of What’s Gotten Into You will come away better informed while still appreciating that some of our most fundamental scientific questions have yet to be answered.

This book was published by an imprint of HarperCollins. More than 250 union employees at HarperCollins have been on strike since November 10, 2022. Click here to learn more about the contract that the HarperCollins Union is seeking or to find out how you can support the strike.