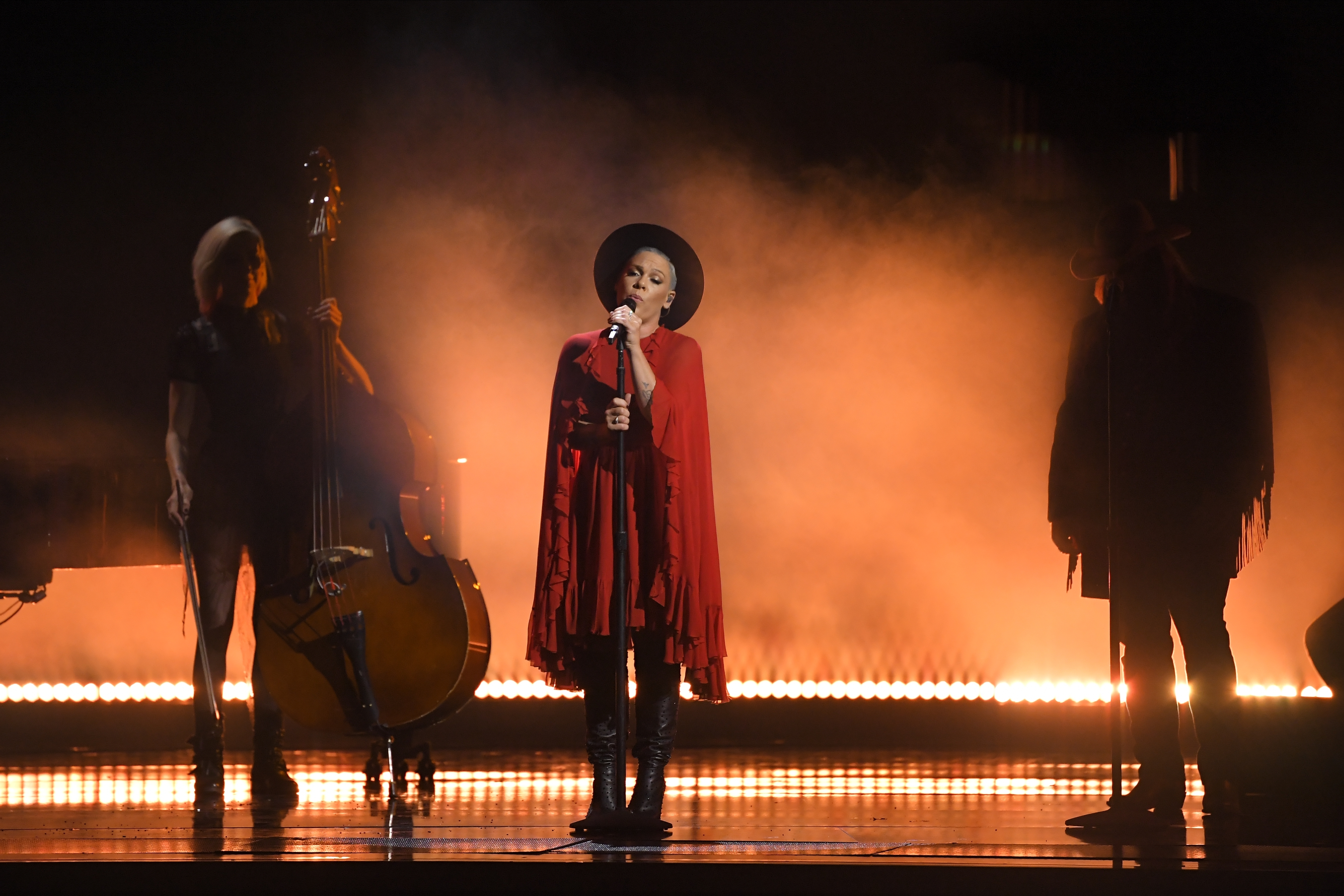 Pink is speaking out in support of Britney Spears, admitting in a new interview that she wishes she was more supportive of the singer when the two were first starting out and competing on the charts.

Pink appeared on Bravo’s Watch What Happens Live Thursday and responded to a question from a fan, who asked whether she had watched Framing Britney Spears, the Britney Spears documentary that aired on Hulu earlier this year. Pink replied that had watched the doc, and that she “loves Britney,” adding that, “All I know is she’s incredibly sweet and I want her to be happy.”

The documentary, which is still available to stream on Hulu, detailed Spears’ plight to break free from the conservatorship she’s been under since 2008, when a series of reported outbursts and incidents led a judge to put the singer under her father’s care. Though Spears has reportedly expressed a desire to end the conservatorship — the catalyst for the popular #FreeBritney movement — her state of affairs remains unchanged for the time being.

While Pink says she doesn’t know the particulars of Spears’ case, she did express sympathy for the singer’s current situation. “None of us know what’s going on and we’re not there,” Pink said, [but] I would like to, I think we all would like to, and we feel this fierce protectiveness for good reason, [because] she’s a sweetheart.”

Pink famously referenced Spears in her 2001 song “Don’t Let Me Get Me,” which fueled rumors of a feud between the two performers, though Pink later explained that her famous lyrics — “Tired of being compared to damn Britney Spears” — were meant as a compliment, rather than a knock against the then-pop princess.

On Watch What Happens Live Thursday, Pink said she feels bad for not reaching out to Spears “back in the day.” “I felt sad that back then, I didn’t know [about her situation],” Pink said. “I don’t like feeling helpless or powerless and I can only imagine how she feels,” Pink continued. “She could’ve used some support. The media torn her apart, the paparazzi are scum. I wish I could’ve reached out and given her a hug.”

Pink appeared on Watch What Happens Live to promote her new documentary, Pink: All I Know So Far, which is streaming now on Amazon. Amazon Prime members can watch the film for free; Amazon is also currently offering a 30-day free trial for new subscribers to get Amazon Prime to watch Pink’s documentary for free online.

The accompanying live concert album, All I Know So Far: Setlist, is also available now. The album was recorded during the singer’s Beautiful Trauma World Tour in 2019.

The Bennet House from the 1995 Pride and Prejudice is for Sale!
Barnes & Noble Huge 50% Off Sale
Beth Macy shines a light on the helpers who are making a difference in the opioid crisis
Raymond Briggs, Author of THE SNOWMAN, Dies at 88
‘Bullet Train’ Heading For $12M+ Second Weekend During Sluggish Summer Frame – Friday PM Update