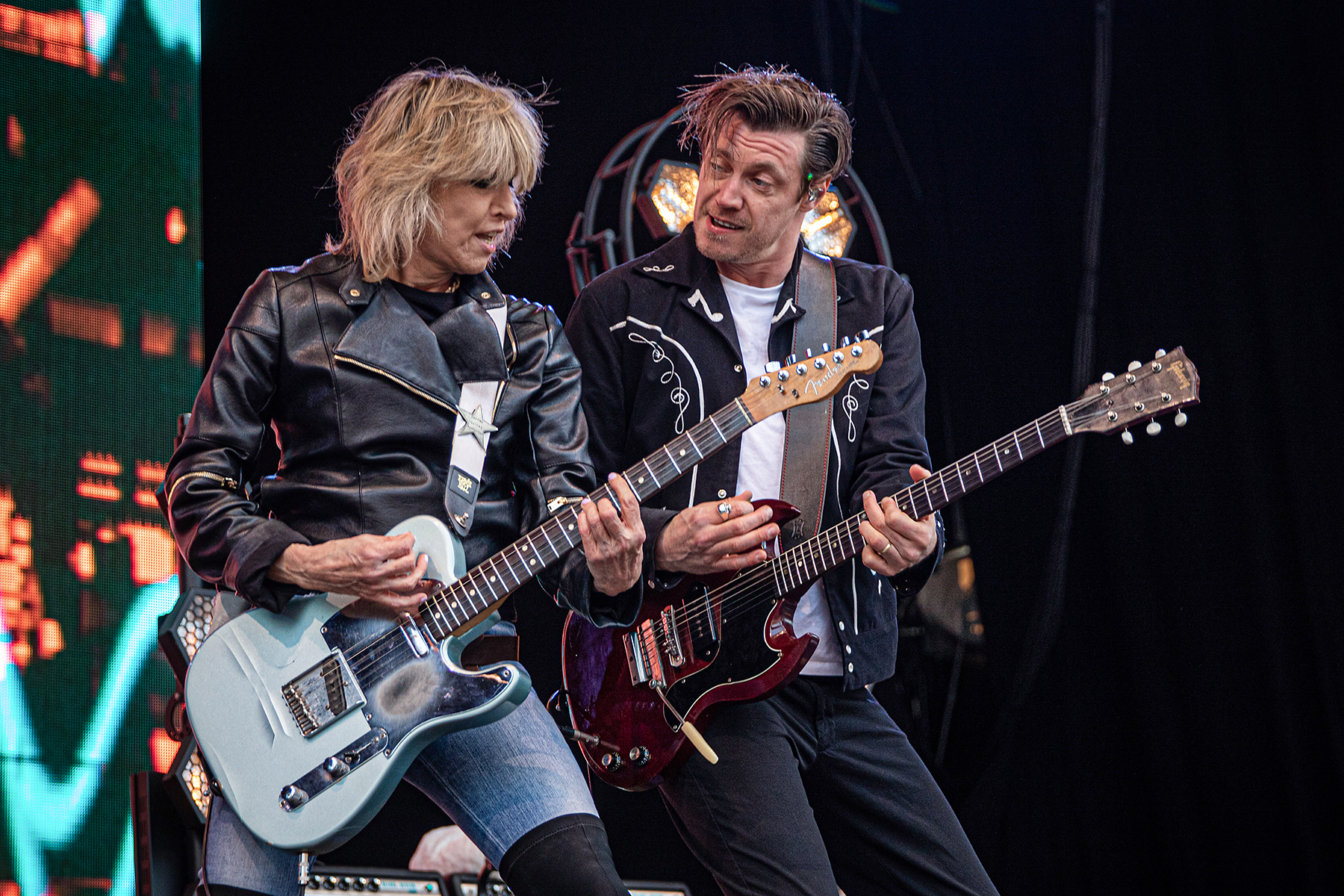 Chrissie Hynde will be releasing an album of Bob Dylan covers, the Pretenders singer announced on Monday. The LP, titled Standing in the Doorway: Chrissie Hynde Sings Bob Dylan, will be out on May 21st via BMG.

In a statement, Hynde explains that she recorded the album during the Covid-19 lockdown with her Pretenders bandmate James Walbourne.

“A few weeks into lockdown last year, James sent me the new Dylan track ‘Murder Most Foul.’ Listening to that song completely changed everything for me,” Hynde says, echoing what she told Rolling Stone about the upcoming album last summer. “I was lifted out of this morose mood that I’d been in. I remember where I was sitting the day that Kennedy was shot — every reference in the song.”

She continues, “Whatever Bob does, he still manages somewhere in there to make you laugh because as much as anything, he’s a comedian. He’s always funny and always has something to say. That’s when I called James and said, ‘Let’s do some Dylan covers’ and that’s what started this whole thing.”

Hynde and Walbourne collaborated on Standing in the Doorway almost entirely via text message. Walbourne would record an initial idea for each cover on his phone before sending it to Hynde, who would then record vocals. All of the tracks were mixed by Tchad Blake (U2, Arctic Monkeys, Fiona Apple).

The album will be accompanied by a television special, Tomorrow Is a Long Time, that will give a behind-the-scenes look at the recording process for the Dylan covers. Tomorrow Is a Long Time is produced by White Light Film Productions and directed by Michael Nunn and William Trevitt, and will premiere Monday, May 24th (Dylan’s 80th birthday) on Sky Arts.

1. In the Summertime
2. You’re a Big Girl Now
3. Standing in the Doorway
4. Sweetheart like You
5. Blind Willie McTell
6. Love Minus Zero / No Limit
7. Don’t Fall Apart on Me Tonight
8. Tomorrow Is a Long Time
9. Every Grain of Sand

This Calming Supplement Eased My Tension Headaches Without Irritating My Gut
Is Schiaparelli Glorifying Trophy Hunting or Making Art?
The Most Iconic Oscars Looks Ever, As Chosen By FASHION Editors
Jeff Ubben’s Inclusive Capital takes stake in Salesforce as more activists target the software giant
How to Execute A Successful Product Launch in a Competitive Industry